There is a popular saying in Nigeria that the best way to learn is by learning from what happened to others, but it seems like our youths don’t pay attention to this wise proverb.

In a viral video that was shared on Facebook this morning, a young man who newly graduated from the University together with his suspected school girlfriend was seriously embarrassed after taking what most people see as a wrong turn. In the video, the young man who was still wearing his graduation or sign-out dress went down on his knees to propose to his girlfriend. The lady being irritated by this act, collected the engagement ring and fling it away then excused herself from the crowd.

Screenshots from the video.

The young lady’s action surprised everyone including her friends as their facial expressions proved it. To this point, many people who reacted to the video online felt that the lady who was also a graduating student did the wrong thing by hurting the guy. To them, her action might send the young man into depression. This is where my initial proverb comes in, he refused to learn from the numerous video that once trended online with the same incident.

Here are the two mistakes the guy made.

1. looking at the video, it’s crystal clear that both the guy and the lady are just graduating from University. No sane person would want to jump into marriage immediately after coming from the stress of studying in the university without proper planning. We all know that marriage is not easy or something we can just dabble into. They are both young graduates with a lot of things to fix in their lives before settling down to have a family. This young man failed to reason properly before taking that wrong step that brought public humiliation upon him.

2. It’s possible that he did not discuss the proposal with his girlfriend before proceeding to propose to her. He must have planned to surprise her which is a big mistake. If he had discussed with the girl in private and allowed her to state her mind, believe me, this public humiliation wouldn’t have happened.

Although, the girl should have handled the situation in a more decent way other than throwing the engagement ring away. That guy might feel hurt by her action.

Watch the video below;

See some reactions to the video below;

@dapoadegboye wrote; “The person he will eventually marry is still one of those girls though”

@justicecrack wrote; “I no sure say that guy fit afford the iPhone 12 way she hold

@jnrpope wrote;”My guy Don pay school fees till she graduate, come think say him Don use that level hold her

@fheytii wrote; “You shouldn’t disgrace someone’s son like this it’s not right you can accept the ring and return it later naa

@sireltee wrote; “Don’t do public proposal if you’re not sure she will say yes. Now they have left him behind.” 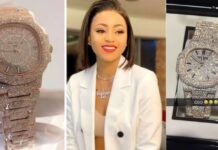 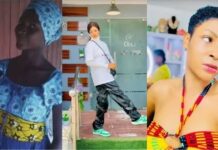 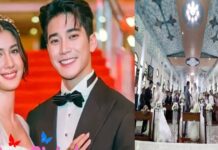