Crime is something everyone needs to desist from as it always has a detrimental end. Nigeria is known to be a nation that takes crime seriously and fights it with full force.

In the history of Nigeria, there have been some infamous powerful people who were once a menace to the society. These people caused havoc and all sorts of criminal offenses in their community. 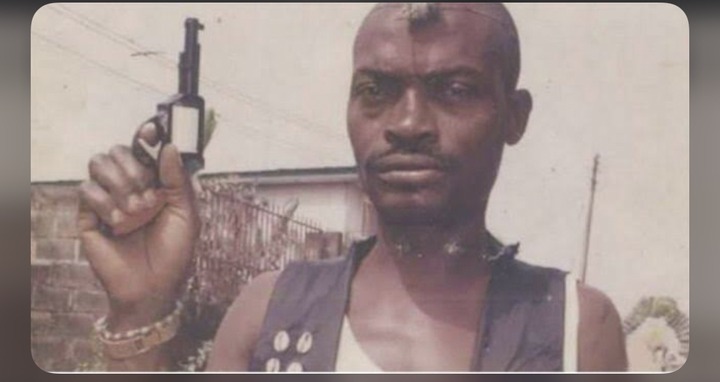 They were so powerful as they were fortified physically and spiritually. This made them very difficult to capture by the law enforcers after declaring them wanted, but, of course, there is always an end to all things.

These criminals later got captured and faced the consequence.

Let’s take a look at 4 of these notorious criminals and how they were captured.

Shina Rambo is one of those infamous, notorious criminals in the history of Nigeria. He was a bandit and armed robbery kingpin who terrorized South-West Nigeria in the 1990s, robbing banks, robbing exotic cars on the highway and nobody could stop him as he was said to be invisible.

Shina Rambo was born in 1958. He was a fetish person who believed in rituals and human sacrifice.

According to BBC Pidgin, Shina Rambo’s wife and three children died during a police raid in his house when he went for operation. 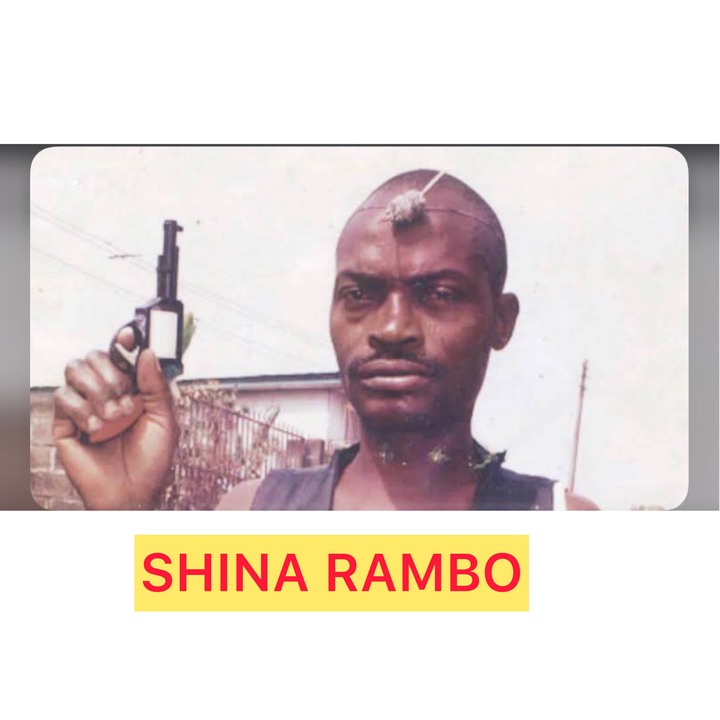 He reportedly once transported 40 cars from Lagos to Cotonou without being caught.

Shina Rambo, who later gave his life to Christ and is now a pastor known as Evangelist Mathew Oluwanifemi according to BBC pidgin, revealed in a revival how he lost everything he had and surrendered.

“I lost everything, all the money, my family; I was so powerful the police couldn’t catch me, but I lost it all. I had to surrender myself to the police, and I was arrested and jailed for 11 years.” He said.

Lawrence Anini was a notorious bandit that terrorized Benin City in the 1980s alongside his sidekick known as Monday Osunbor. He was initially a taxi driver who later became a driver and a transporter for gangs, thieves and criminal godfathers. 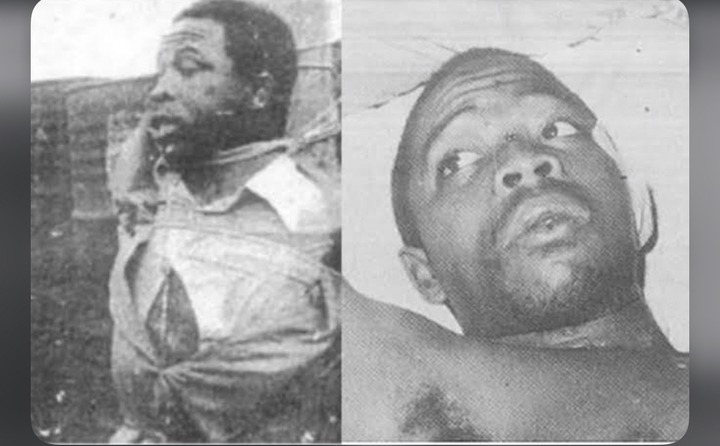 Later on, he decided to create his own gang which includes his sidekick Monday Agbor.

He is linked to many bank robberies, bus robberies and also the killing of many, including policemen.

He spear-headed a four-month reign of terror between August and December 1986.

Several manhunts were launched to capture Anini, but they were all futile.

It took the courage of the then-superintendent of police, Kayode Uanreroro, to bring the Anini reign of terror to an end. 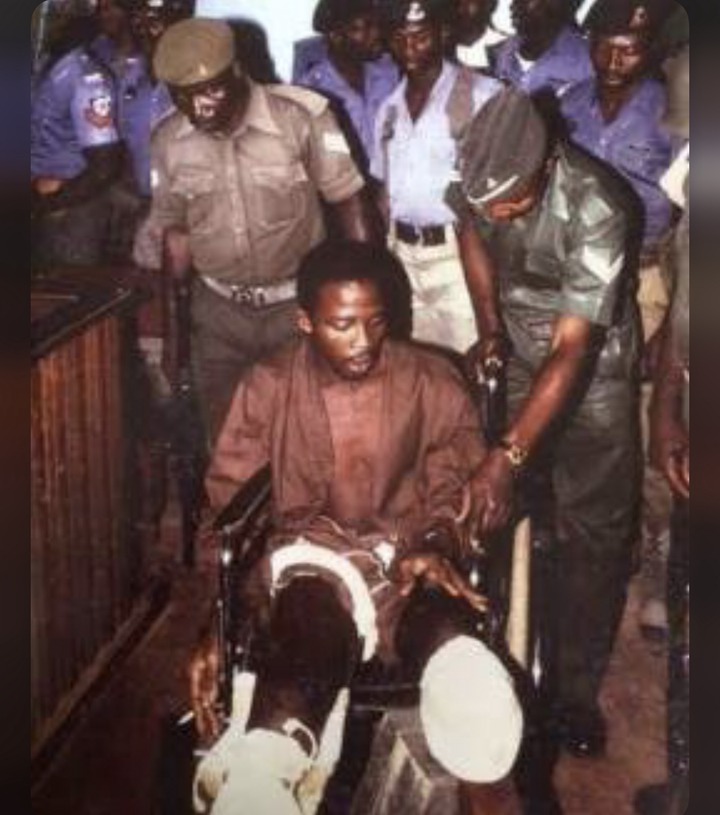 Kayode and his 10-man team acted on the tip-off from the locals and headed straight to the house where Anini was hiding and captured him.

He was shot severally on his left leg, which was later amputated.

He was in a wheel chair throughout his trial. Anini was sentenced to death and executed on the 29th of March 1987.

Edward Onyebuchi Okeke, popularly known as Eddy Nawgu, was a dreaded Nigerian occultist and sorcerer. The media described him as a false prophet who at first claimed that he was a prophet of the Biblical God.

He was born in Anambra State, which is located in the eastern region of Nigeria.

In 1999/2000, Eddy Nawgu became wanted after being linked to numerous crimes committed not only in the community, but across Anambra State as a whole. 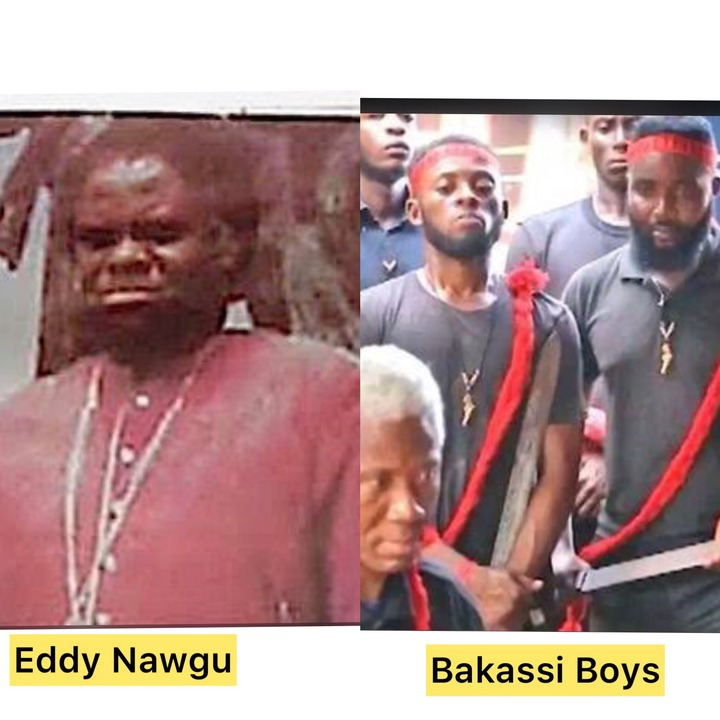 According to Wikipedia, some of the crimes committed by Eddy Nawgu are kidnapping, aiding & abetting infamous criminals, partaking in rituals that involve the use of human body parts, i.e., the human skull and also illegal possession of firearms.

He began to attract the attention of a special vigilante security group known as the ‘Bakassi Boys’, which was set under the tenure of the then-government of Anambra State. 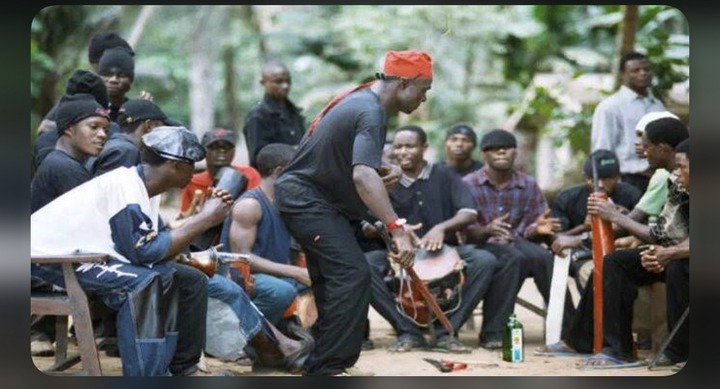 Eddy Nawgu was so powerful that even The Bakassi Boys, who also possessed metaphysical ability like him, failed 13 times in their attempt to capture him.

Eddy Nawgu reportedly had the power to teleport, but the power was later stripped off him, which made the Bakassi Boys capture him on their 14th trial.

He was initially released to the Nigerian Police, but this idea was opposed by the Bakassi Boys.

Eventually, he was beheaded by the vigilante group and other parts of his body was pieced and sent ablaze at the Ochanja Market in Anambra state, Nigeria. 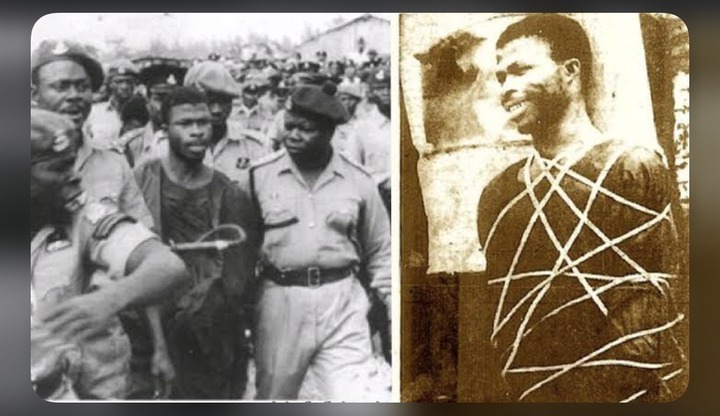 Ishola Oyenusi also known as Dr. Ishola or Oyenusi, is a notorious Nigerian armed robber. He once practiced as a fake doctor, administering illegal injections on patients. This was the origin of his title “Dr.”.

At age 20, Oyenusi took to armed robbery. He used to arm himself with native charms and different weapons. He is specialized in carjacking, robbing stores and factories and ambushing company paymasters on Lagos highways.

He was initially arrested for robbery in 1965, which was the same year he started robbery.

He was sentenced to two years in jail.

He stepped up his game after regaining his freedom.

In 1967, Oyenusi and his gang attacked a bank branch which is known as ‘First Bank’ today. 3 months later he was arrested and sentenced to 10-year imprisonment. While serving his term, he escaped from jail and led another robbery operation in Maiduguri, Borno State.

Oyenusi was arrested, jailed and kept on escaping from jail till his 1971 arrest. 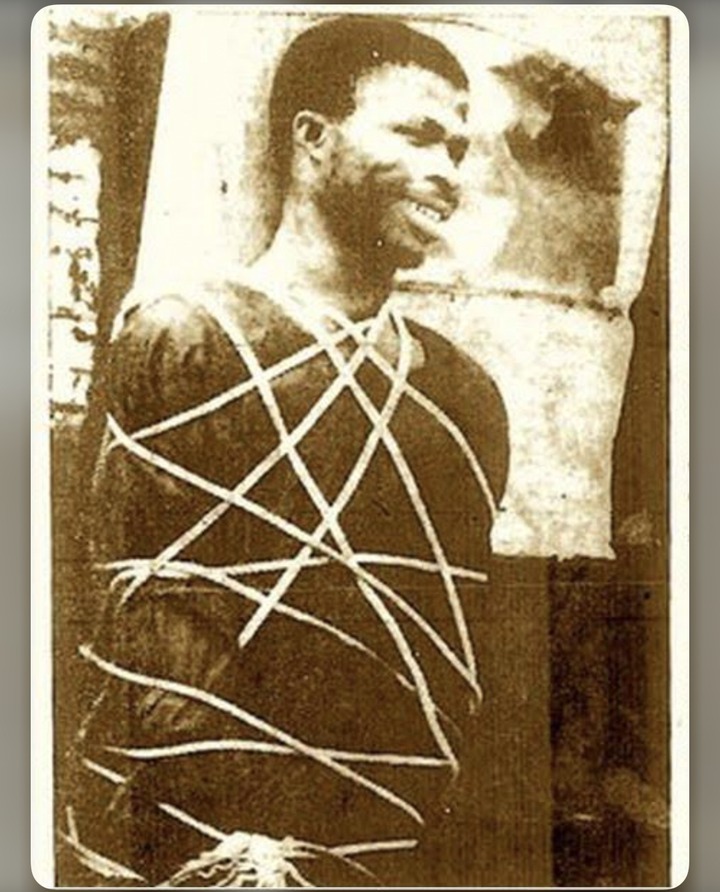 The investigation on the robbery was what led to his arrest in 1971.

He was sentenced to death by firing squad alongside 6 others.

On September 8, 1971, a lot of people gathered at the beach to witness the execution of Oyenusi and his gang member.

He was reportedly confident and was smiling at the time of his execution, thinking his charm won’t let the bullets penetrate into him, but the charm failed him.