Ryan Sanusi is a 30-year-old Belgian professional soccer player who presently plays fo Beerschot and the Belgium national junior team as a winger.

Born in Borgerhout, Belgium, Ryan started his professional football career with Willem II where he made fifteen appearances, scoring one goal, before he was loaned to FC Oss. During the 2015 to 2018 season, he played for Sparta Rotterdam, where he had eighty nine Caps, netting nine goals. He joined his current club, Beerschot, from Grenoble three years years ago. He is a youth international for the Belgium U20 team.

Ryan is originally from Nigeria. Born in Antwerp, Belgium, Owolabi’s professional youth career kicked off with Royal Cappellen. However, he started his senior career with New Mills. He joined his present club, St Patrick’s Athletic, last year December, winning the 2021 FAI Cup in his first appearance for the club. Two months ago, he made another appearance for the club in the 2022 President of Ireland’s Cup against Shamrock Rovers at Tallaght Stadium, scoring in the penalty shootout as his side lost on penalties after a draw. His first goal for the club came in the same month when he came off the bench and pulled a goal back for his side ten minutes later in a winning game against Sligo Rovers at Richmond Park.

Owolabi is of Nigerian descent. Born in Hasselt, Belgium to Nigerian parents, Tyrese started his professional soccer career with Cray Wanderers where he made several appearances before moving to Norwich City. Two years ago, he scored a hat-trick for the club in a winning game against Newport County in the EFL Trophy. Four months ago, he joined Carlisle United on loan until the end of the season following his recall from Leyton Orient.

A youth international for Belgium, Tyrese has played for the country at under-16 level, playing in friendlies against Portugal and Ukraine five years ago.

Funso Ojo is a Belgian professional soccer player currently playing for Aberdeen as a midfielder. Born in Antwerp, Belgium to parents of Nigerian origin, Ojo began his international career with PSV Eindhoven, making five appearances for the club in the Europa League. Five years ago, he moved to Scunthorpe United, making his competitive debut for the club in an equalizing match against AFC Wimbledon. He joined his current club, Aberdeen, last year. He has been playing for Belgium at the international youth level since 2006.

Shawn Adewoye is a Belgian professional soccer player who plays as a centre-back for Waalwijk. He is a youth international for Belgium, having played for his country of birth, Belgium, at U15s, U16s, Belgium U17s, Belgium U18s, and U19s.

Born in Bree, Belgium, Shawn is biracial; his father is originally from Nigeria while his mother is from Belgium.

Marvin Ogunjimi is a 34-year-old Belgian professional football player who plays as a forward for Mons and the national team of Belgium.

Born in Mechelen, Belgium, twelve years ago, Marvin made his first international senior appearance for the Belgium national team in a victorious match against Kazakhstan. In his second appearance for the country in a game against Austria, Marvin scored an equalizing goal.

He is originally from Nigeria. 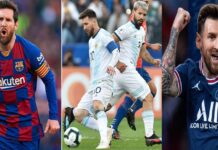 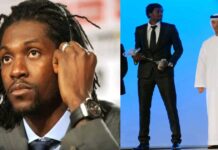 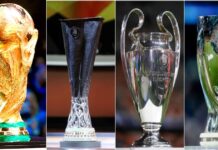 Check Out The Only Player To Win The World Cup, Champions League, Europa League, Super Cup and Club World Cup

Top 10 Most Skillful Football Players of All Time