Grammy award-winning singer, Wizkid Balogun, gets called for failing to fulfill his promises to a 12-year-old boy whom he promised to sign some years ago.

According to a Twitter user, the young boy, Ahmed, who the singer also promised N10M cash is still on the street of Lagos struggling for a living with his music despite the hope given to him by Wizzy during a show. 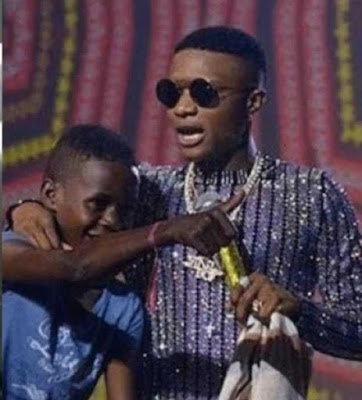 “What is more bitter than making a fake promise to a 12 years boy Ahmed? Wizkid promise to singe this boy and dash him 10 million naira as of 3 to 4 years ago, up till date Ahmed is still in the street of Ikorodu suffering,” the Twitter user wrote. 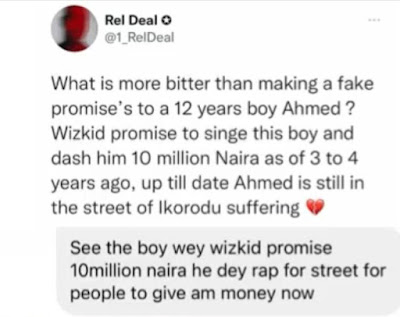 In a video that backs the claim, the singer is seen making promises to the kid whom he singled out as a talented star.

Watch the video below …