The Nigeria Nollywood industry has not stopped to produced great actors and actresses across the States who are contributing to the development of the country. However, in today’s article, I will be sharing with you Nollywood celebrities whose mothers are not of Nigerian descent. 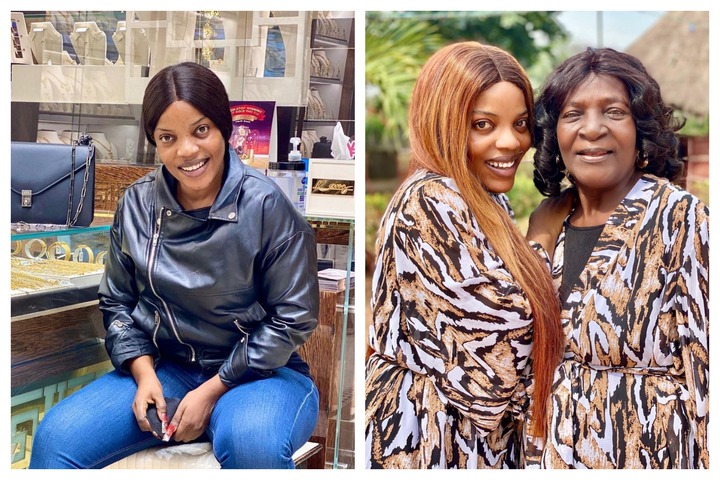 Empress Njamah is a prolific Nollywood actress, director, and Television personality. The beautifully born actress has been in the industry for more than two decades and is still consistent in the movie industry. Empress is born to a Nigerian Father while our mother is from Cameroon. Actress Empress gained fame after she starred in the movie titled Liberian Girl. Sarah Ofili is another distinguished actress and a well-known model. The multi-talented actor came into the limelight after she got starred in the movie Africa Magic’s comedy series “Do Good” where she acted as Bimpe. Sarah’s mother is a Hungarian. She never seized to appreciate the supports her mother showed her in achieving her dreams. Adunni Ade is a prominent Actress and a director mainly known for her role in Yoruba movies. And ever since Actress Adunni came into the spotlight she has been seen on the screen starring in both English and Yoruba speaking Nigeria movies. The beautiful actress is born to a Nigerian Father and an Irish-Germany Mother, Emily. Philldella Yve is a famous and multi-talented actress and filmmaker. The 30 years old Nigerian actress has started in over 50 movies. Actress Yve is among the Nollywood stars whose mothers are not of Nigerian descent. Philldella’s mother is of Cameroon descent. To add to her credit, actress Yve has featured in various movies, including The Chosen King, Heart of Love, The Brides Maid, Heart Of A Maiden, and many more. Ibinabo Fiberesima is a veteran Nollywood actress and model. She has been consistent in the industry for over 15 years now. The talented actress is good at what she does and can be best fitted into any role. Ibinabo is among the Nollywood celebrities whose mothers are not of Nigerian descent. However, Actress Ibinabo has appeared in over 50 movies which include; The Ghost, St. Mary, The Twin Sword, Ladies Night, and Rivers Between. Thanks for your time