Nollywood couple, Frederick Leonard and Peggy Ovire are undoubtedly having one of their best moments in life as their love journey begins to take a perfect and favorable turn.

It all began after Freddie unveiled Peggy as the woman in his life on Friday, 21st October; Peggy’s birthday. 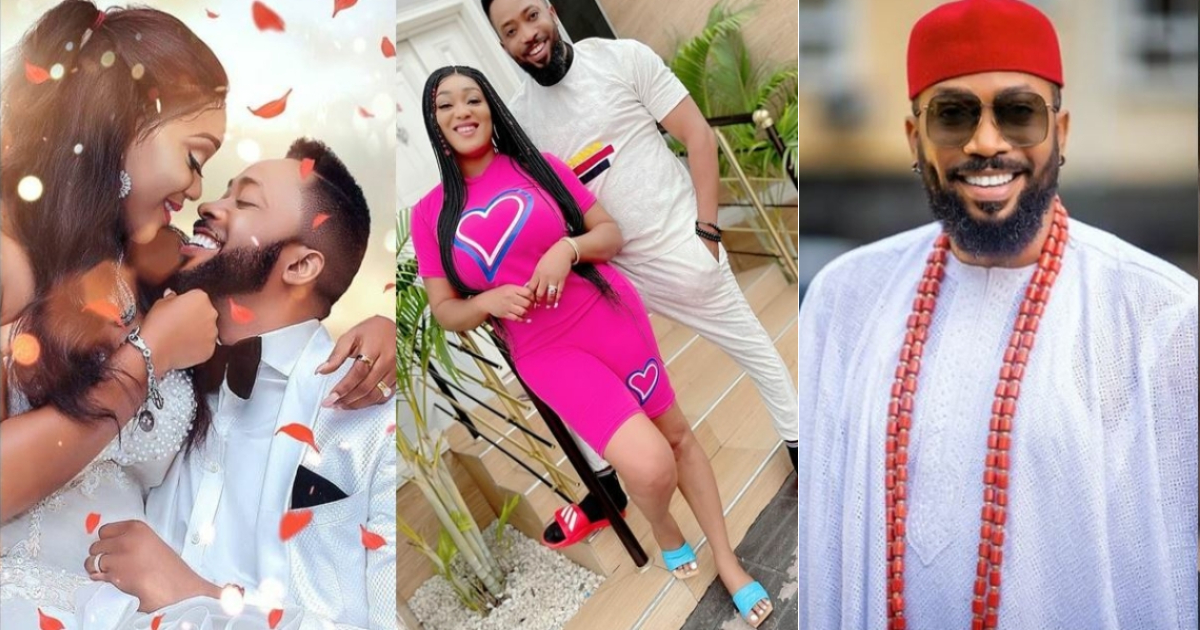 The actor went on to propose to her at the birthday dinner party which melted the hearts of many and gifted her a beautiful Bvlgari handbag.

In appreciation, Peggy took to Instagram where she penned a heartfelt note for Freddie Leonard while recounting how they grew in love.

She further described him as her crown and husband.

Reacting to the post, Frederick Leonard took to the comment section to profess his undying love for Peggy Ovire.

“I Loved You From The Moment I Laid My Eyes on You.. I Still Love you Now.. Remember Always, That In Good Times and In All Times.. I WILL LOVE YOU FOREVER ! Mrs. Leonard ❤️” 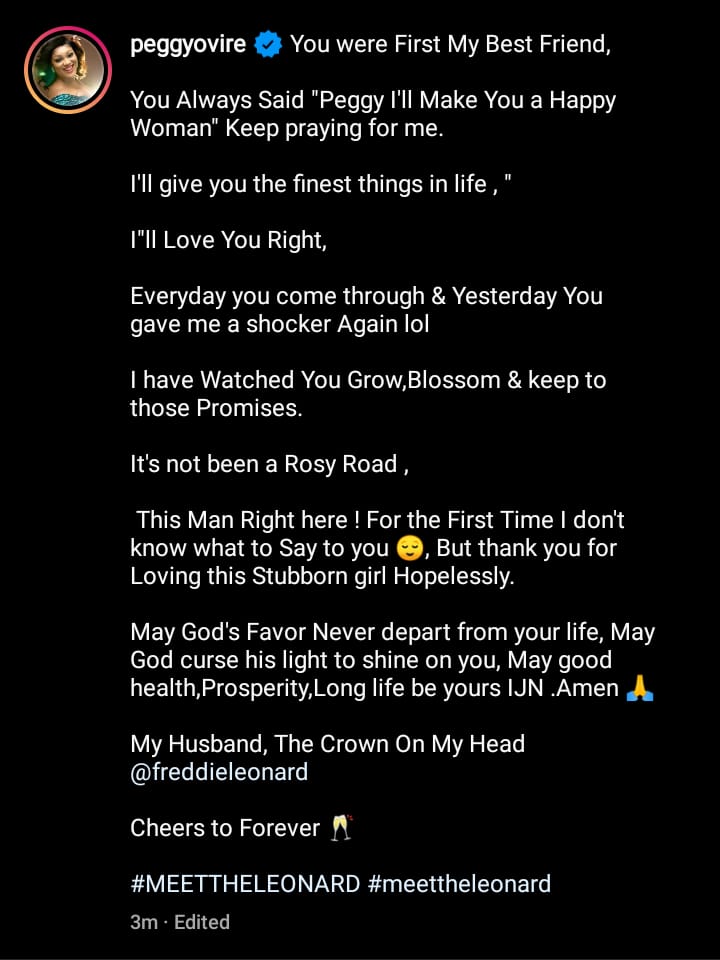 Also, the likes of Adesua Etomi, Moyo Lawal, and so on left some emotional comments. 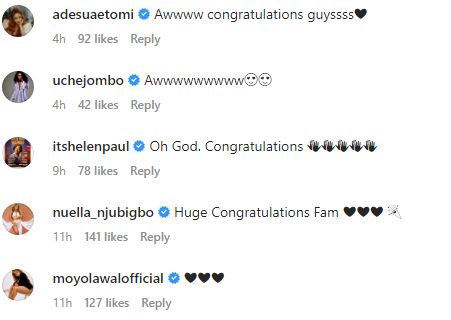 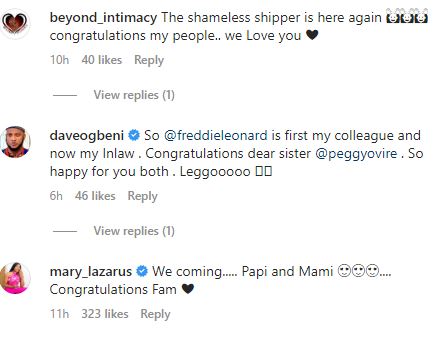