Popular Nollywood actress, Mercy Johnson Okojie, recently shared a hilarious video of her response to her son’s wish of having another baby.

The mother of four declared firmly that she’s done with giving birth to children. 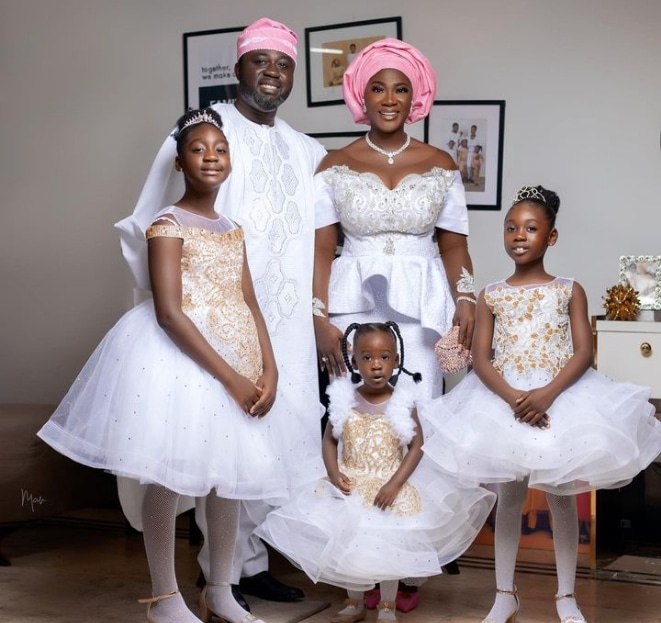 “I’ll rather go blind“, she said in a funny manner.

Apparently, Henry, Mercy’s second child and only son had asked his mother for a baby brother.

Sharing the video on Instagram, Mercy wrote: “🤣🤣🤣The holy Spirit is your guide, friend, brother and father my son.”

Social media users have penned down hilarious comments regarding the video shared by the ace actress.