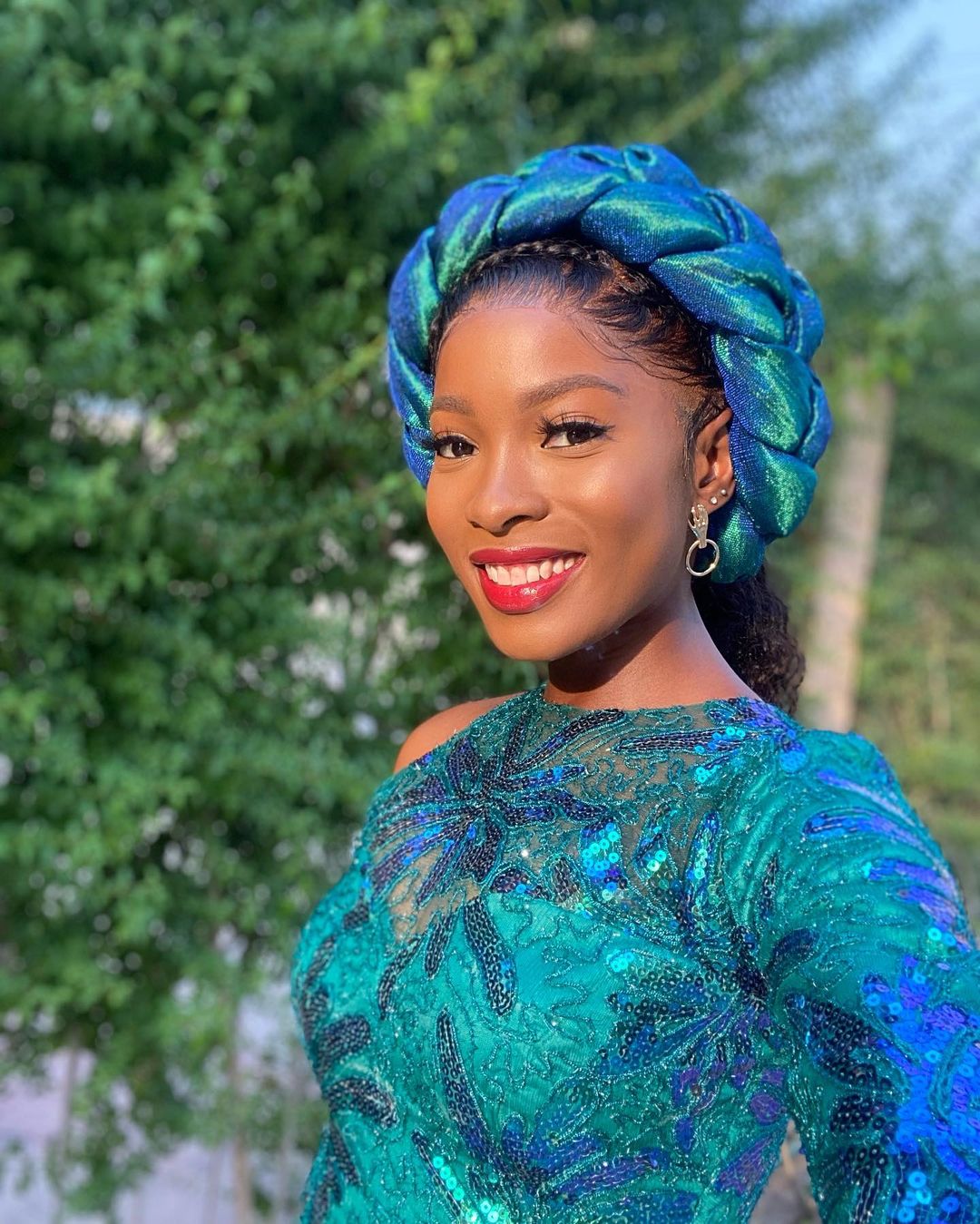 Jemima is a fast rising Nollywood actress, presenter and model who was born on April 30th. She is the last child of her parents and they were five in the family. She is also the only daughter. 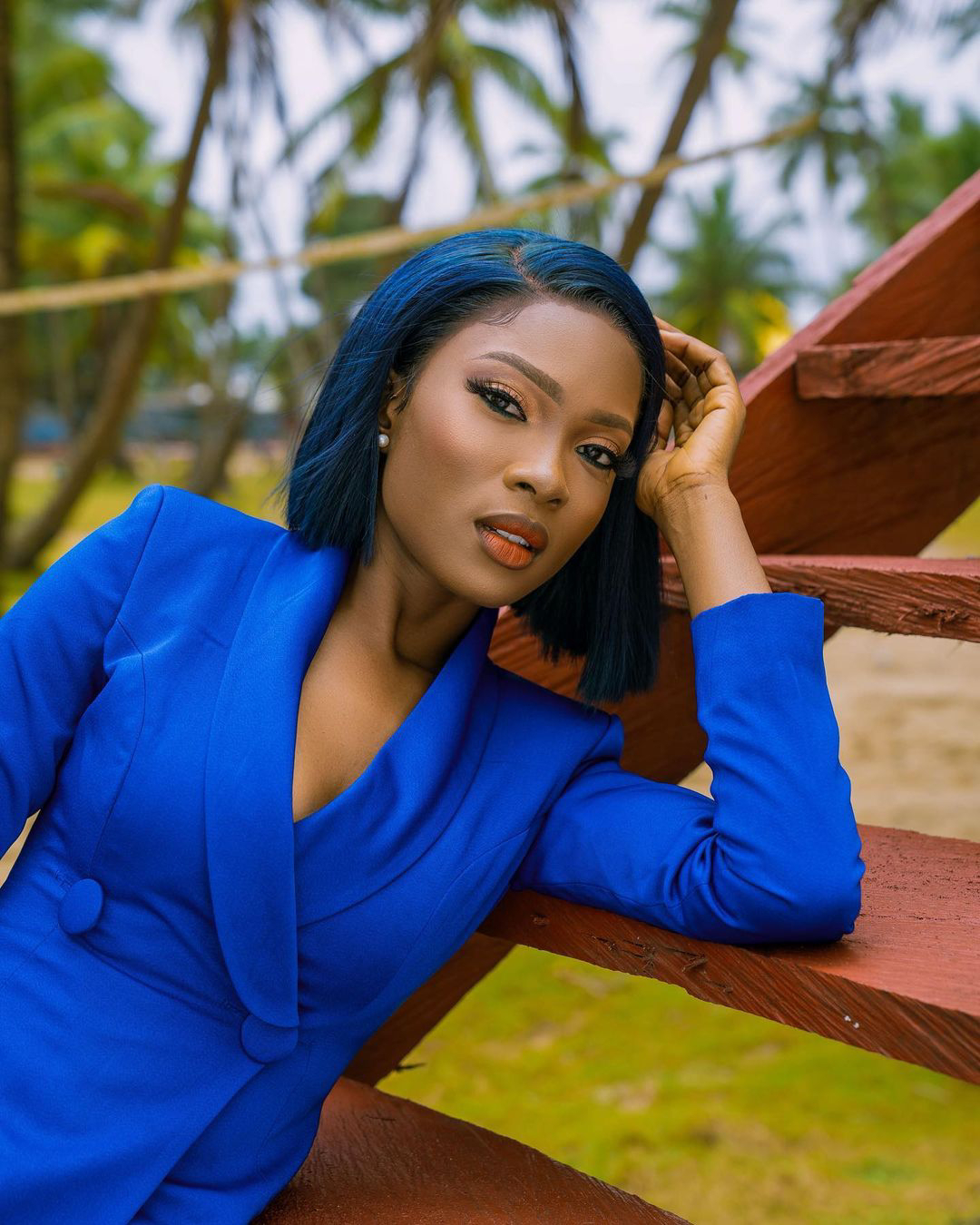 She’s a native of Edo State, South South zone of  Nigeria just like the popular beautiful nollywood star actress, Adesua Etomi. This is probably more reason they are very close friends. She attended the University of Lagos where she earned a degree in Physiotherapy.

She’s very unique in her way. Her acting prowess is spectacular as she handles her roles well, She makes sure her roles reflect things that go on in the society.

Jemima Osunde was Born in Lagos 25 Years Ago

A look into the family background of Jemima will reveal why the young actress is doing so well at acting, managing it alongside her medical career. The Edo state actress was born in Lagos on 30 April 1996 to Mr. and Mrs. Osunde. She is the last child and only female child of four children. Jemima’s father is a retired judge, while her mother worked with the Ministry of Education at Lagos State.

Her three older brothers are also doing well for themselves. The first is a lawyer, the second is an engineer, and the third is a broadcaster. Although she has not revealed their names, the actress holds her family very dear and does not hesitate to flaunt them, especially her parents, on social media. The level of success her other family members have attained explains why the actress can comfortably do so well in two different career spheres. Even though her brothers are doing very well, she is the most popular of them all.

She Had All Her Schooling in Lagos State

The model started her academic journey at Air force Primary School Lagos, from where she moved to Holy Child College Lagos, where she obtained her Senior School Certificate. As a secondary school student, she served as the literary and debating club president and the social prefect. These functions prepared her and gave her the confidence she needed to go into the entertainment industry. 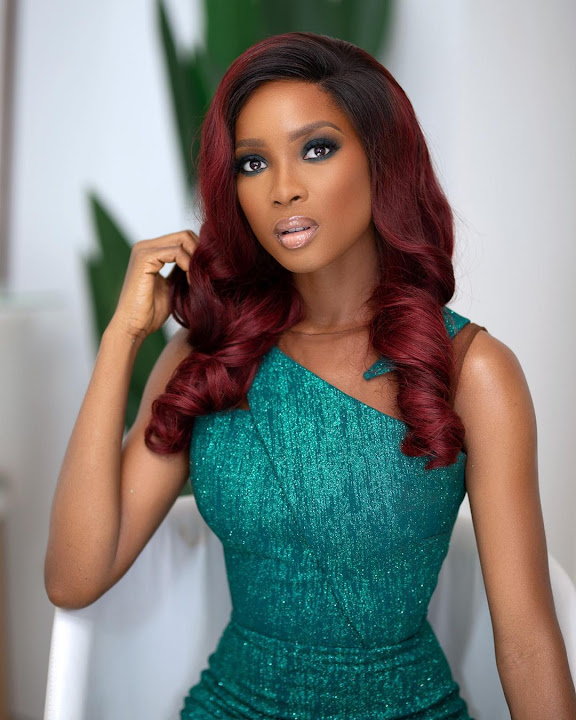 After graduating from secondary school, she went on to study physiotherapy at the University of Lagos. She had all her education in Lagos State. During her first year in the university, she started going for auditions and eventually became an actress. Hence, she was combining school and acting. She excelled and graduated as a physiotherapist in 2019. The young lady currently works as a physiotherapist in Lagos University Teaching Hospital (LUTH). 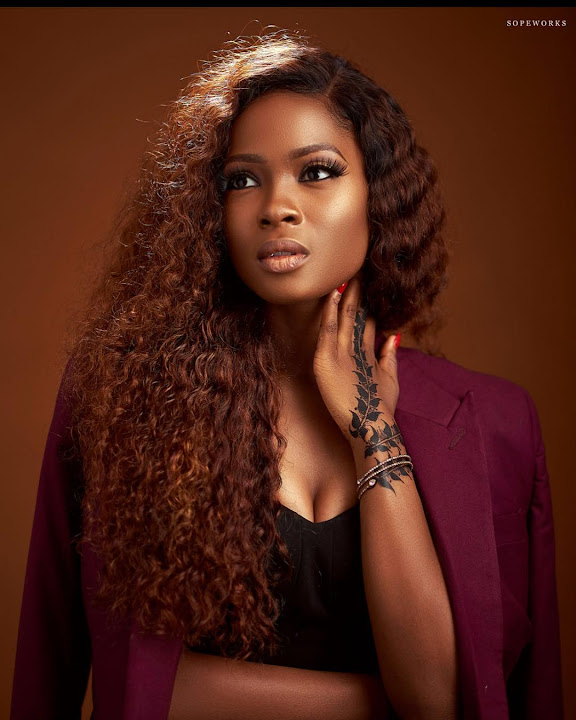 In June 2021, Jemima started her one-year compulsory National Youth Service. She shared photos of herself during the three weeks orientation camp. For those who asked why she had to go for the service despite being a movie star, she explained that her father insisted she fulfills her every duty and function as a citizen. She added that she completely agrees with her father. 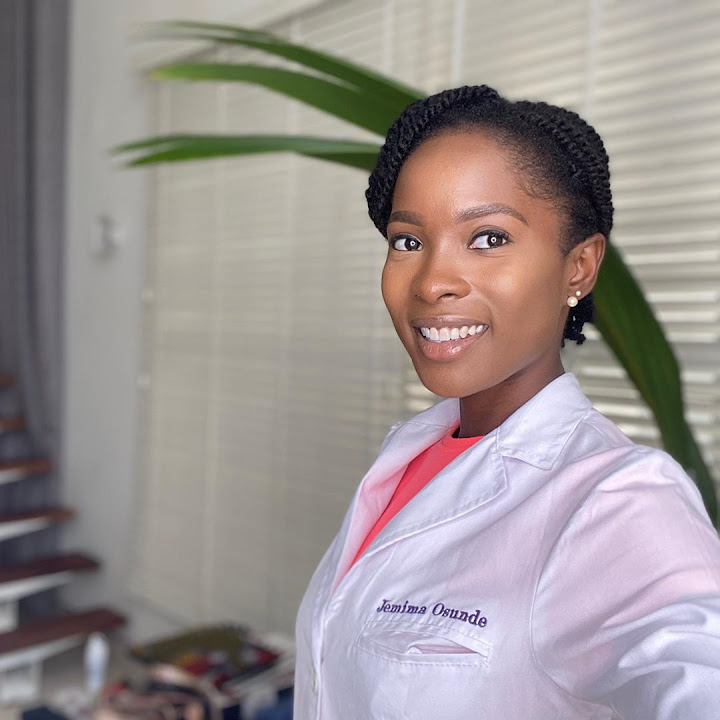 She got into acting through her uncle’s encouragement in 2014. She made her movie debut in 2015 when she featured in ‘Jungle Jewel’, a movie produced by Ufuoma McDermott. The movie earned her an AMVCA nomination. She shot to limelight with her role as ‘Leila’ in the MTV Shuga series. Jemima Osunde became well recognised for her character in “My Wife & I” – a family comedy. She also starred alongside Genevieve Nnaji in a very profile Netflix movie “Lion Heart” 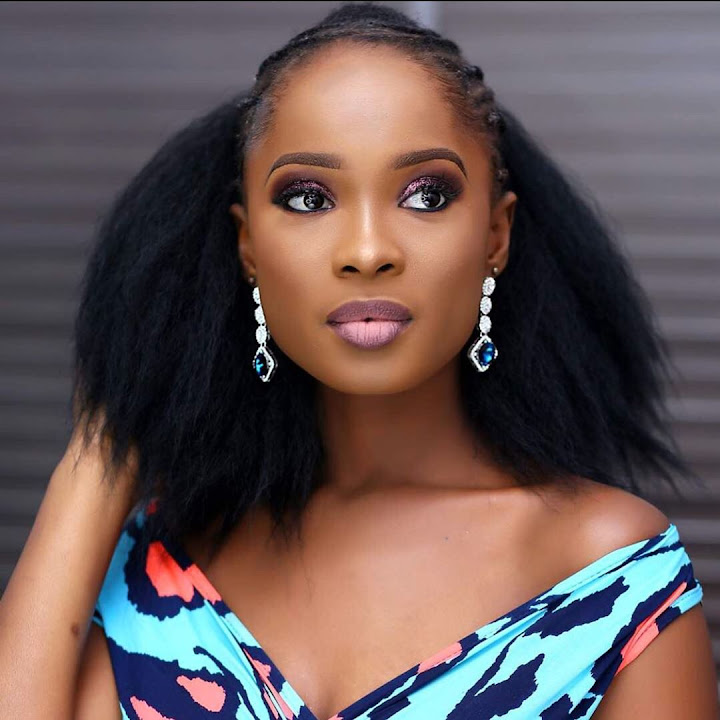 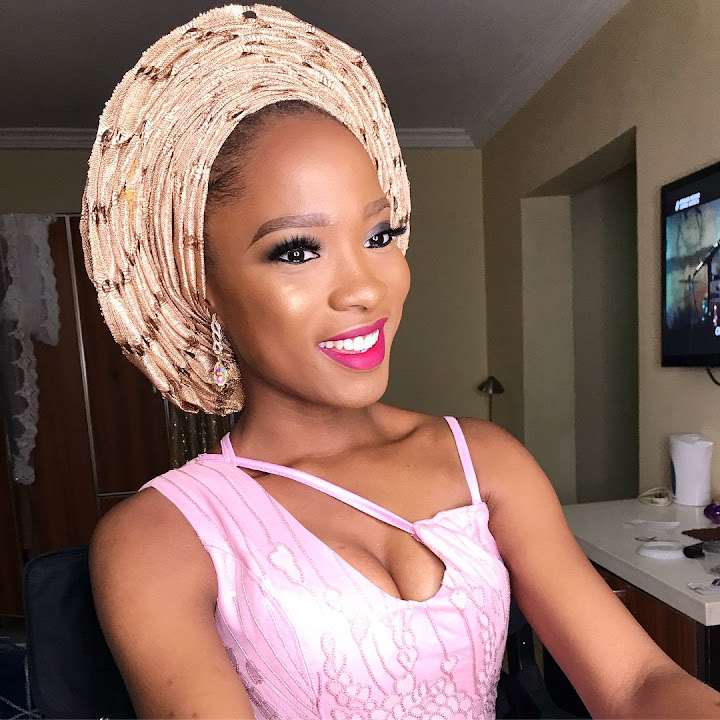 Jemima Osunde is a simple person and never likes to attract public attention by publicly displaying her wealth. However, Jemima bagged a number of endorsement deals which include brand ambassador for Lux. The creativity of her craft and stellar performances has earned her one of the most sought after actresses in Nollywood. Jemima is said to have an estimated net worth of about $500,000 U.S. dollars. 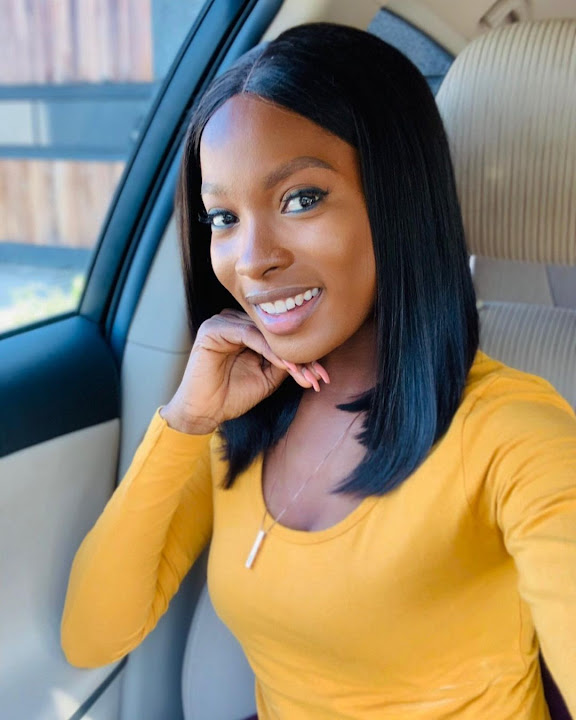 How old is Jemima Osunde?

Jemima Osunde, celebrates her birthday every year on the 30th of April. She celebrate her 25th birthday on April 30th, 2021.

Which state is Jemima Osunde from?

Jemima Osunde was born in Lagos state, but originally hails from Edo State, in the south southern part of Nigeria, Africa.

Jemima Osunde is the is the last child and only daughter of her parents. She was born into the family of five. Jemima Osunde doesn’t show of her father and mother on her Instagram.

The identity of Jemima Osunde brothers have not yet been revealed, she hardly post pictures of his brothers on her Instagram account. But this will be updated whenever she post photos or videos of his father, mother and brother.

Who is Jemima Osunde boyfriend/fiance?

Jemima Osunde, is currently in a relationship with a handsome man, although the beautiful actress doesn’t flaunt her boyfriend on social media.

No…Jemima Osunde likes to keep her personal life private hence information about her dating life is under research. It is not known whether she is married or has any children. However, this information will be updated as soon as it is available.

14 Countries Which Share Flexible Borders With Their Neighbor Countries