Skirts are fashion items usually seen on women, girls, and some male crossdressers who love to dress up in feminine wear. Recently, it seems men are ditching trousers to embrace skirts just the same way women adopted trousers. Many people frowned at this, called it taboo, and try to shame these men, especially the Africans. If you ask my opinion on it, I will say men should be allowed to wear whatever they want. 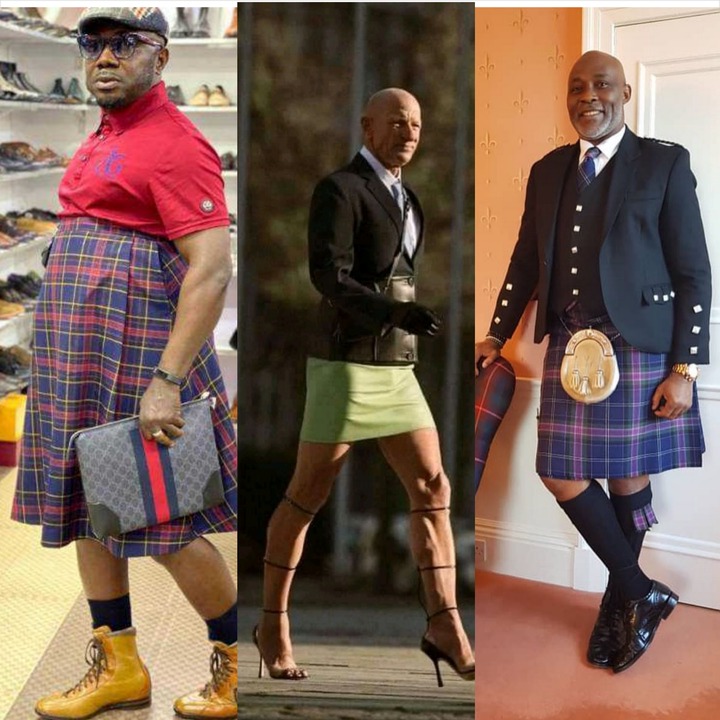 Some Male celebrities both in America and Africa have been seen rock skirts in great style. They include;

Osebo is a Ghanaian fashionista popularly known as Skirt man because of the countless number of times he has worn skirts to public events, parties, and even for photoshoots. There are only a few photos of him wearing trousers. He has boldly incorporated skirts into his daily fashion routines. And I must say, he nails the style always. 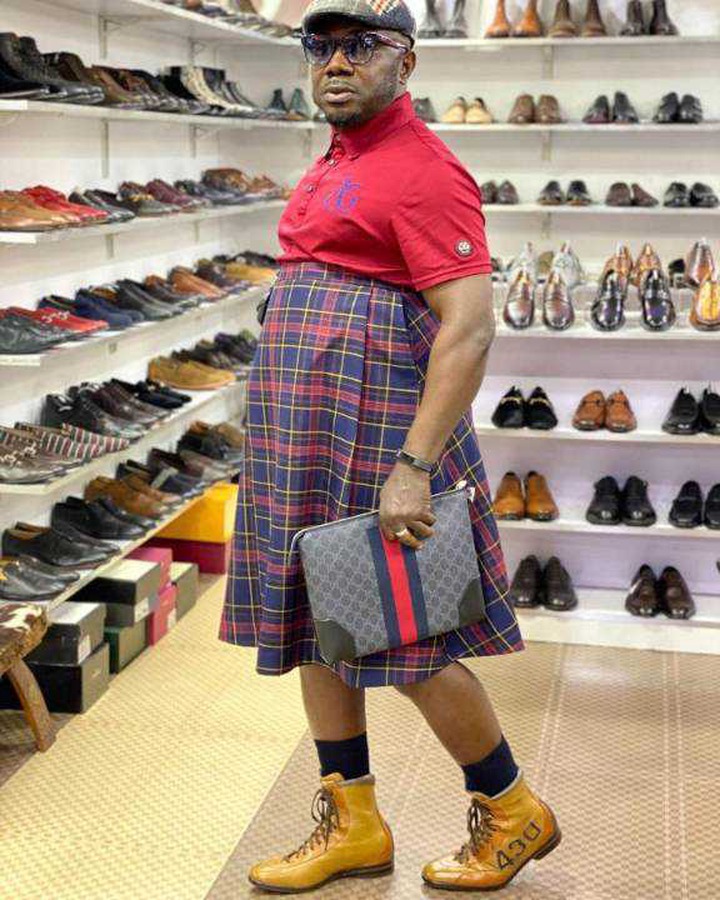 The Nigerian music don Don Jazzy was seen twice in Scottish skirts. Scotland is one of the countries where men can wear skirts freely without any discrimination. 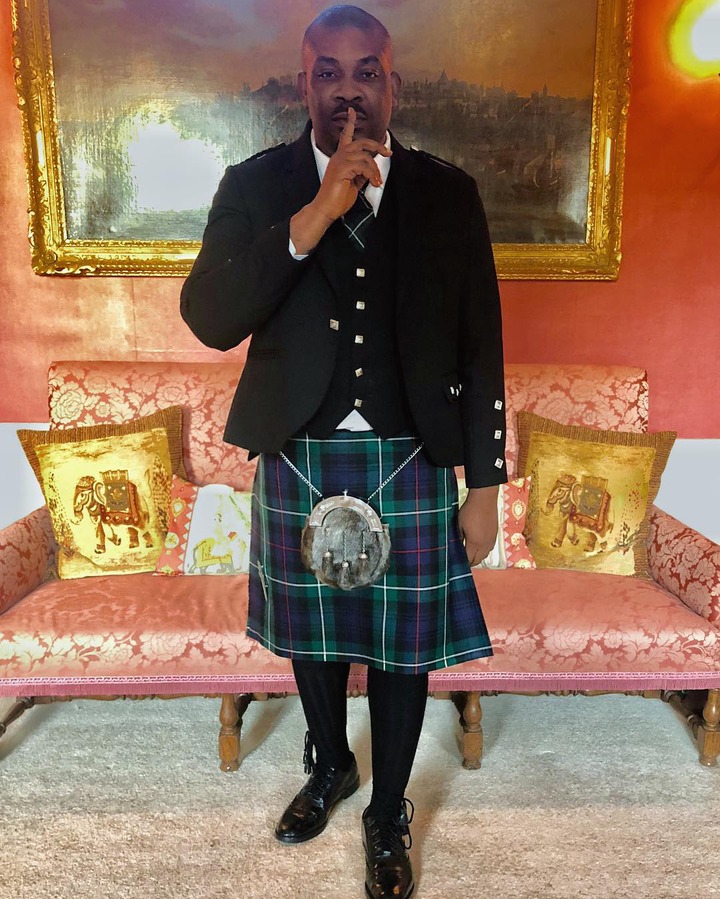 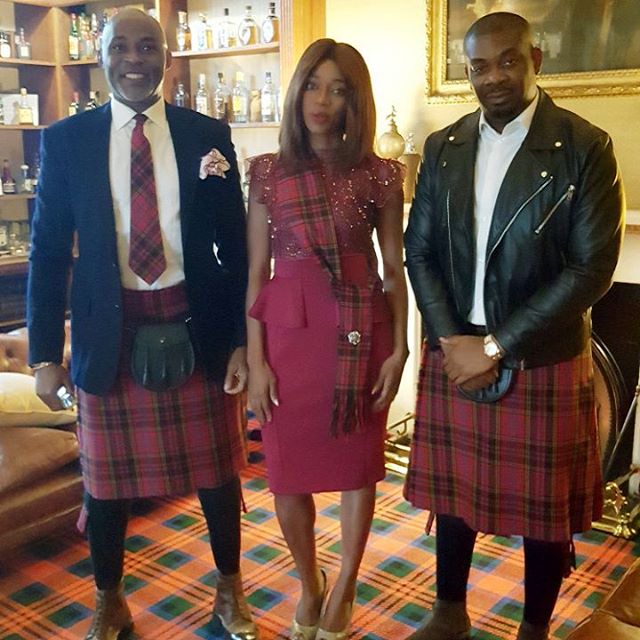 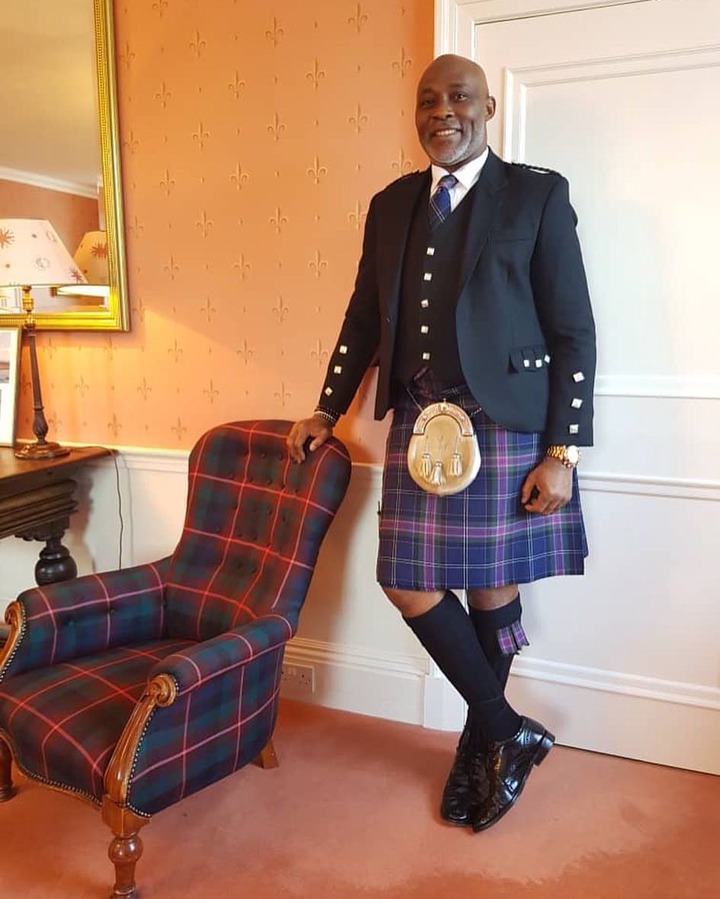 Below is a photo of Nigerian actor Jim Iyke and his Ghanaian stylist Osebo on skirts. 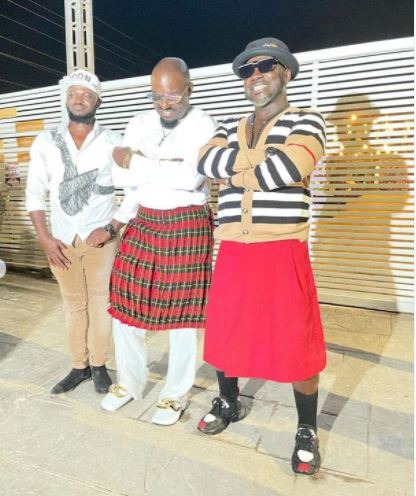 He is a 61 years old engineer living in Germany. He is always seen in skirts and high-heeled shoes both in his office, home or gym. Many thought he is gay because of the feminine outfits, but reports said that he is married with a daughter. 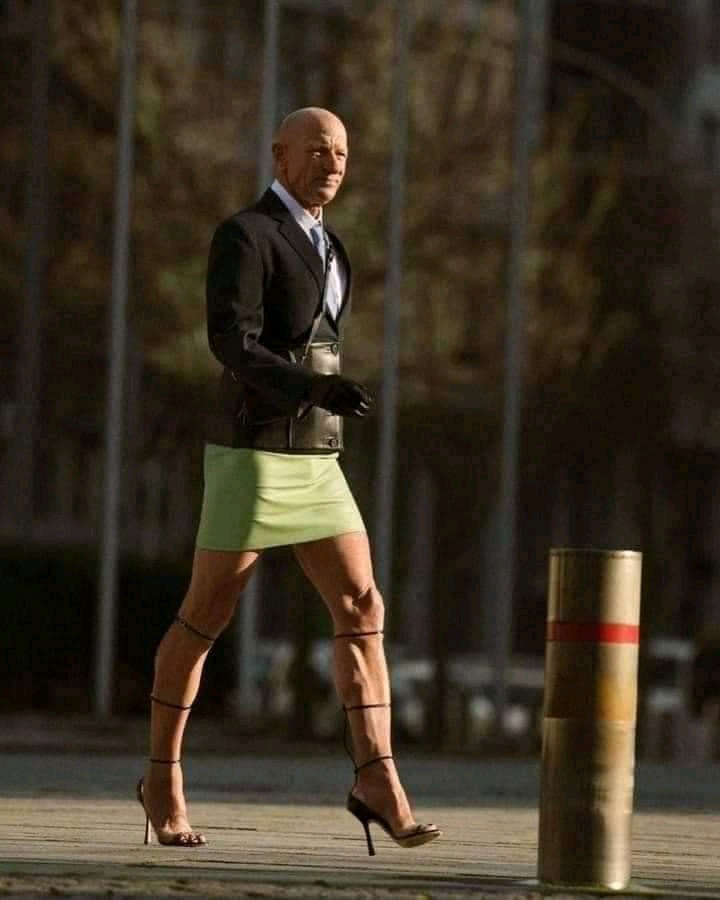 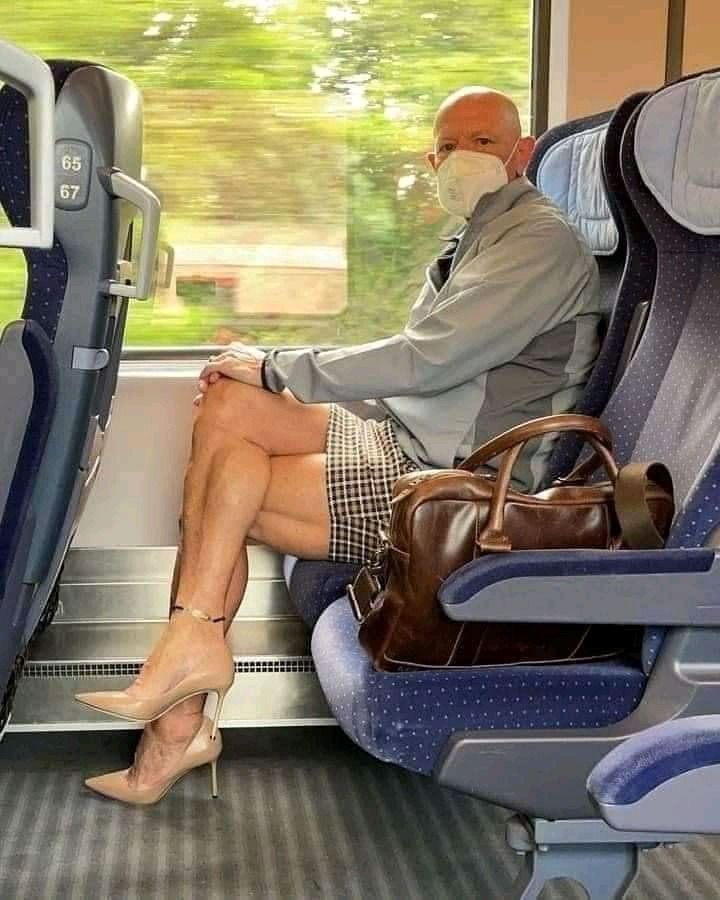 The handsome American singer is also part of the skirt gang. Asap Rocky is a fashionista. 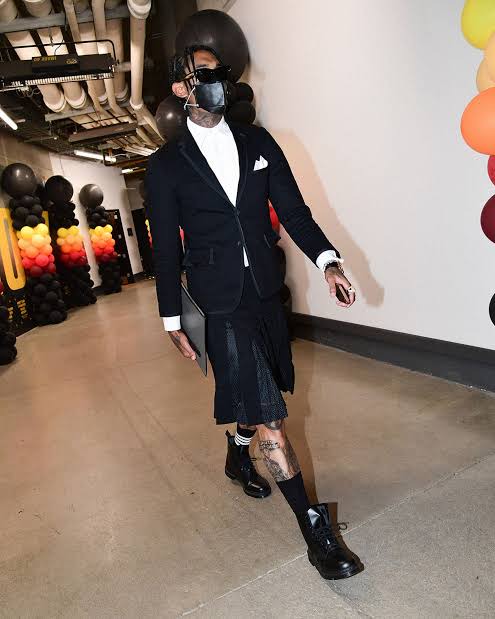 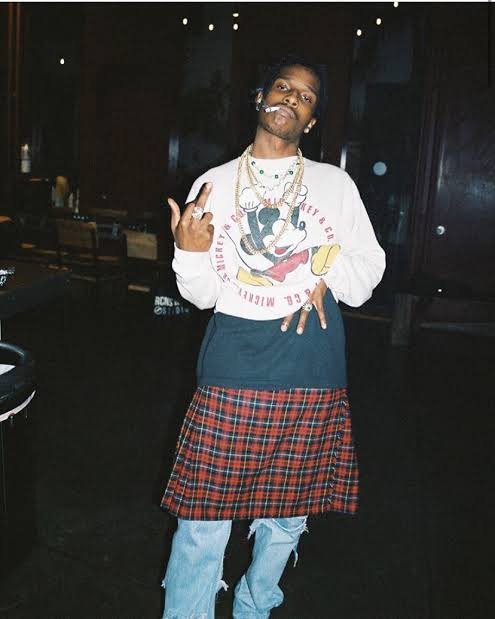 He is quite controversial with his fashion styles. A good example of a man who is willing to embrace his true self. 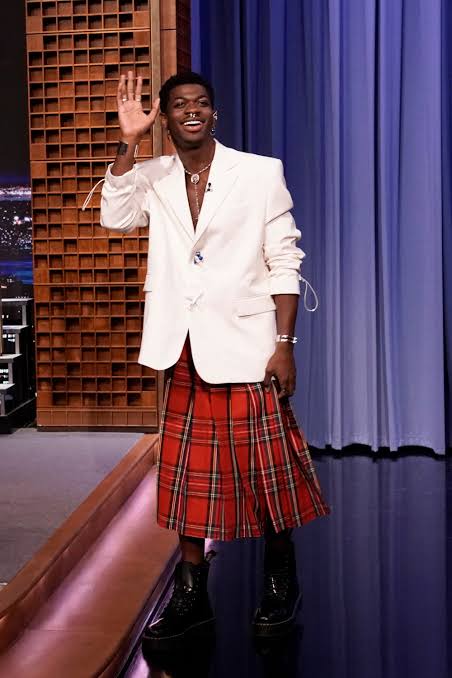 The likes of Nigerian singer Wizkid, Kanye West, Prince Nelson Enwerem, and others wore trousers beneath their skirts. See below; 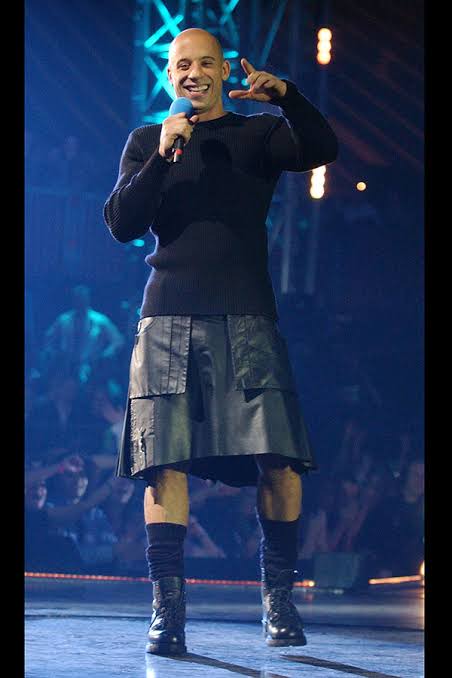 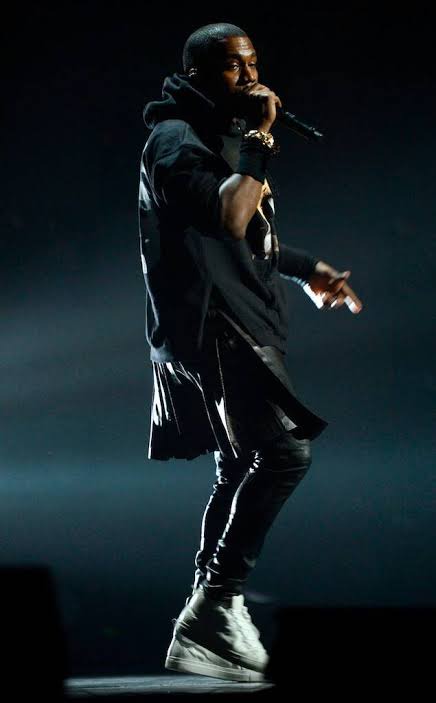 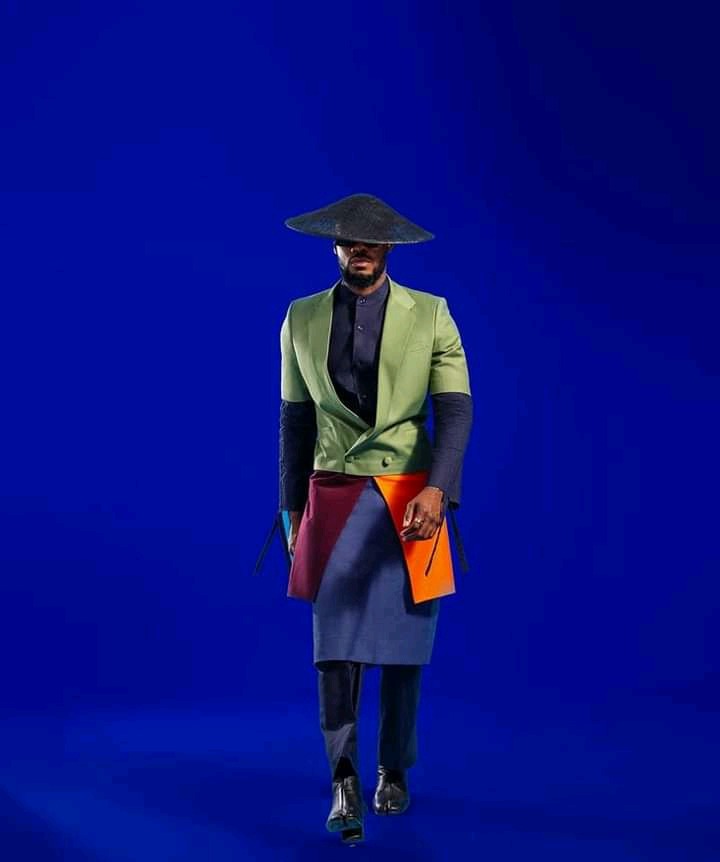 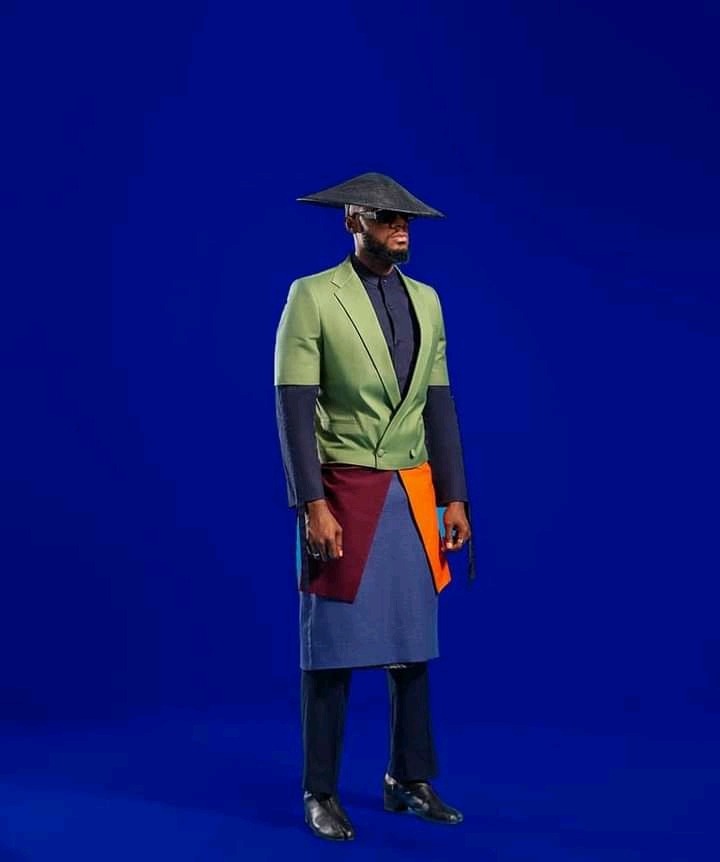