Singer and actress, Paigey Cakey, has stirred up mixed reactions after she took to her social media page to announce that she is now engaged to her lover. 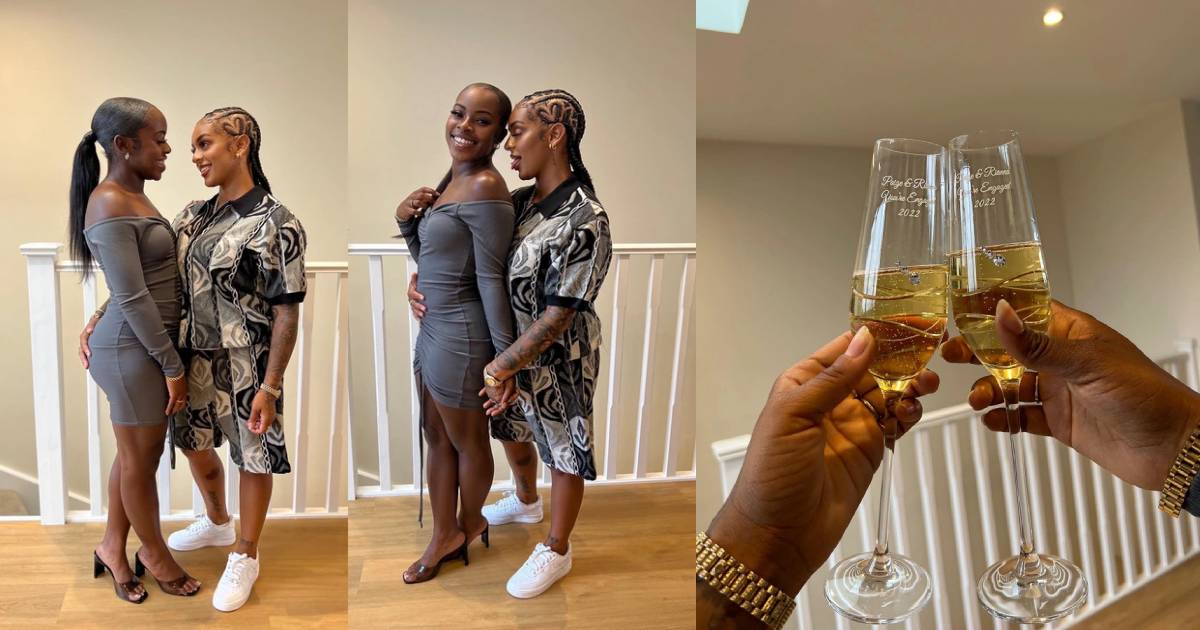 The English singer posted pictures of her and her lover who she got engaged to.

She captioned it “We got engaged”. What is stirring up mixed reactions is not just the fact that the singer got engaged, but the gender of her lover.

She got engaged to someone of the same gender, which a lot of people found quite unusual.

The pictures consist of their loved-up moment and toast to their love life. While a lot of people feel indifferent towards this, it doesn’t seem right to some people as they took to the tweet to express their various thoughts on it.

Some people told paigey Cakey to do whatever makes her happy, as it’s her life, and she is fully responsible for it.

Some other people frowned at it, giving reasons why the singer shouldn’t have taken that route. There were a lot of mixed reactions as Paigey is a celebrity, and it’s expected of people to have opinions on a lot of decisions she makes.

Below are some of the reactions. Paigey Cakey is an English singer from Hackney, London. Her first mixtape was released in 2012 which is titled “The First Paige”, featuring various artistes.

She has had multiple projects since then.

What are your thoughts on Paigey’s engagement?