You may have seen this little girl in a Nollywood movie or some social media post and wondered who she is. So, in this video, we will be telling you her story and why she is getting so much attention. But before we move on, we have a gift for you. All you need to do to win that gift is to follow us on Twitter. Now, back to business. This little girl on your screen is actually an 18-year-old actress named Obio Oluebube. 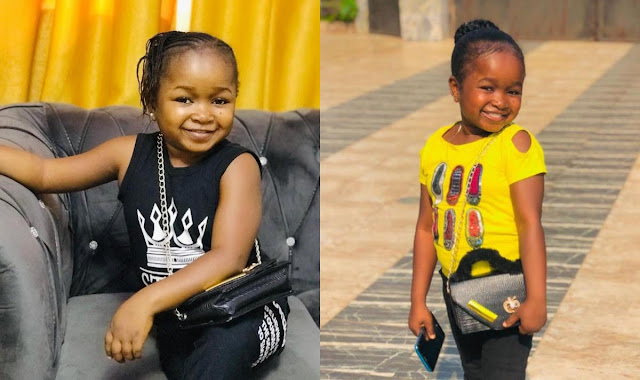 Born in 2004, Obio is a proud Igbo girl from Ihiala village in Anambra State whose fast-rising career has got many tongues wagging. She is currently being regarded as the female version of Aki and Pawpaw due to her small size and her appearances in comedy movies.

Within her short time in the Nigerian movie enterprise, Obio Oluebube has acted alongside many prime Nollywood actors, including Mercy Johnson, Nkechi Nweje, and Chinenye Nnebe. Her rise to fame can be credited to Uche Nancy, a famous movie producer who adopted and featured her in several movies, including Pride of the Land, When Love is Gone and Crazy Hustler. Aside from filmmaking, Obio works with several Nigerian comedians on funny skits. Her size and ability to make people laugh have made her the rave of the moment in the film industry. While there isn’t much known about her family, what we know is that her brother is an Asaba-based rapper and singer known by his stage name, Snowboy Obio. Like Phyno and Zoro, Snowboy sings and raps in his native Igbo language, and he has many songs in his discography.

Obio Oluebebe was born on the 12th of August, 2004. She is 18 year old as at time of writing this post. A Lot of people are suprised about her age due to her body size.

Where is Obio Oluebube from?

What tribe is Obio Oluebube

She is Igbo by tribe.

She attended Anambra State’s primary and secondary schools. Currently, Obio Oluebebe is yet to gain admission into a Nigerian university.

Oluebube Obio was born into the family of Obio to her parents, Mr and Mrs Obio of Ihiala, in Anambra State Nigeria. Insidegistblog discovered that Obio Oluebube Cynthia was actually adopted by Uche Nancy.