When people are faced with certain conditions that affect their physical looks, some people tend to lose hope, others hide from the public while some push themselves into depression. When someone does not let their physical flaws affect the way they live their lives, then that person serves as a motivation to others.

Some Nigerian celebrities have suffered from certain conditions which affected their looks physically, however, they didn’t let it deter them, rather, they used it to their advantage and are excelling in life, below you will find a list of these celebrities.

Losing a limb can be quite traumatic, most people would have felt like hiding themselves from the public, but Doris Samuel Akonnanya didn’t hide. When the actress was 13 years old, she was involved in an accident which led to one of her legs being amputated. Many would have lost hope but the actress didn’t, she acted in movies regardless and has proven that there is ability in every disability.

Below are some photos of Doris. 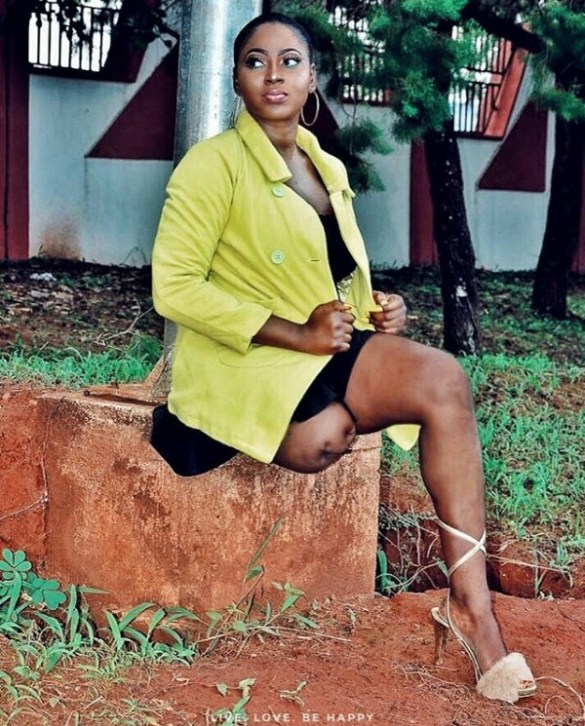 Osita Iheme is one of the most popular Nollywood actors who acted in several Nollywood movies, he usually plays the role of a young boy alongside his counterpart, Chinedu Ikezie. Osita Iheme looks like a very young boy, but interestingly, he is older than his age. The actor stopped growing at a certain age, he has a small stature with proportionate limbs and body parts. While some people might want to shy away because of their small stature, the actor used it to his advantage, he has acted as a young boy in several movies, and he has been quite exceptional ever since.

Below are some photos of Osita Iheme. Opurum Chidinma is a fast-rising Nollywood actress. One of the actress’s arms was amputated, she was born as a normal child with complete arms, however, when she was 5 years old, she fell badly and broke her arm. She didn’t receive proper treatment and this made her condition worse, hence her arm had to be amputated. The young lady didn’t let that setback discourage her, she ventured into Nollywood, modeling, and professional makeup. Chinedu Ikedieze is another popular Nollywood actor who defied all odds to emerge as a well-respected and renowned actor. Chinedu also has a small stature just like Ostia Iheme, it’s no surprise that they have both acted in movies together. He also stopped growing at a certain age and ended up looking unusually younger than his actual age. Interestingly, the actor used his size and height to his advantage and he has acted in a lot of Nollywood movies.