We all know Regina Daniels. It is hard not to. As an actress, she is one of Nollywood’s youngest superstars. On Instagram, she has more than nine million followers, making her one of the country’s most-followed personalities.

But does this fame extend to her family? Although Regina Daniels’ mother is a renowned actress herself, not many people are familiar with her, her husband, and Regina’s siblings. 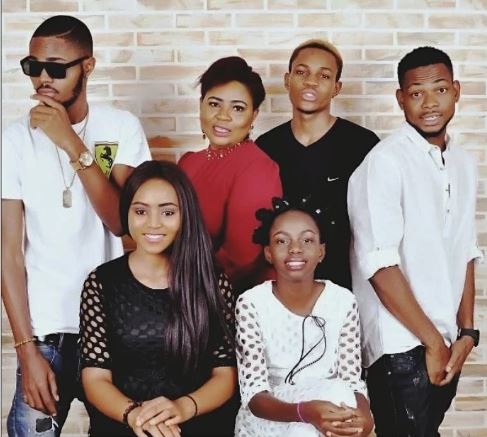 Thankfully, years in the spotlight have revealed details about Regina Daniels’s family, such as the fact that her parents are separated and she has four siblings. There is more to learn about her family, and in this article, we cover everything you need to know.

Her Parents Lived In Lagos And Asaba Before Their Separation

Regina Daniels was born in Lagos into a family of six to parents: Rita Daniels, a famed actress, and businesswoman, and Jude Ojegwu, a barrister. Details like when Rita and Jude got married remain elusive. But we know before they went their separate ways, they lived together for several years in Lagos and Ogwashi-Uku in Delta State. 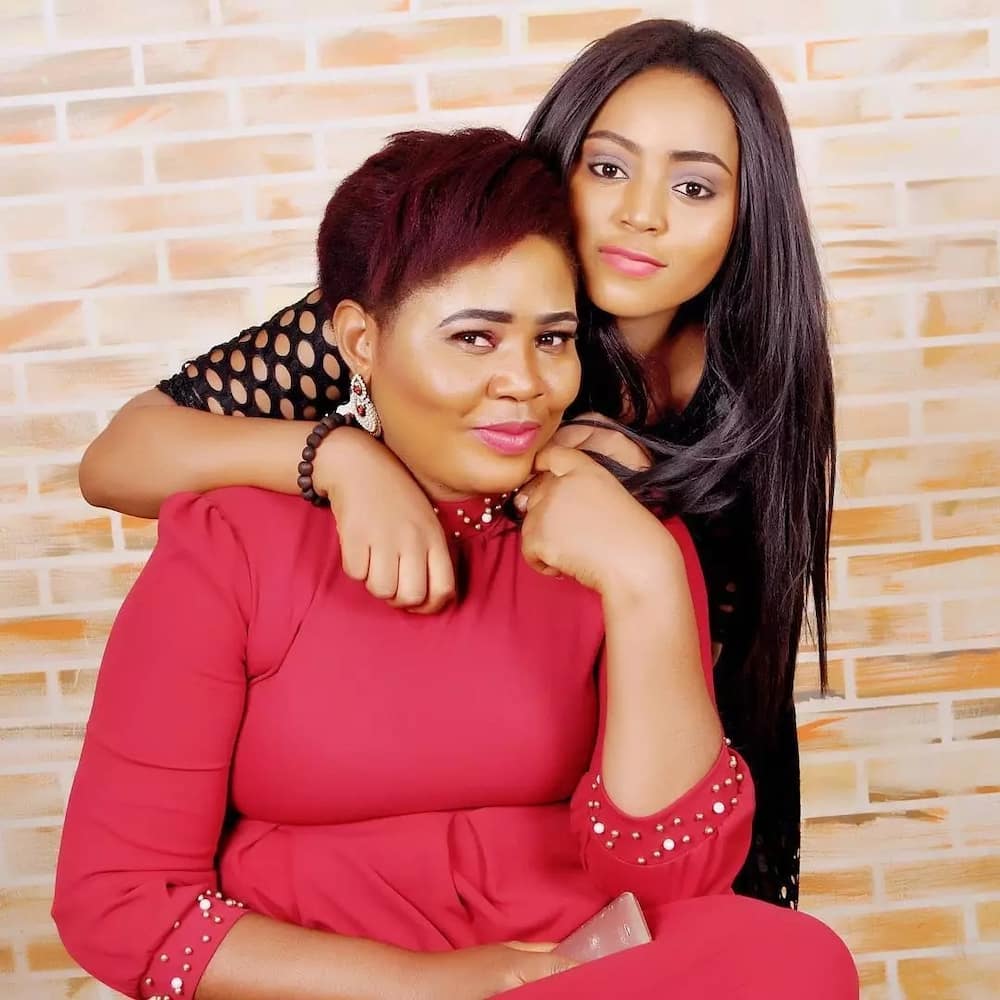 Evidence suggests Jude and Rita were never officially married. According to a Guardian Nigeria article, he never paid Rita’s traditional bride price according to custom. Thus, Jude was never traditionally recognized as Regina’s father. Regardless, Ojegwu claims he provided financial support for their children, two of whom lived with him for years until recently when they moved in with their mother in a new home.

Considering Ojegwu and Rita lived together for years, it is safe to say he made ample contributions to the young actress’s upbringing. However, the extent to which he fathered her remains unknown. Professionally, he is a lawyer based in Lagos. He grew up in Ogwashi-Uku, where he likely met Rita as a young man.

For years after the separation and Regina’s debut as an actress at seven, he lived out of the spotlight. That is, until May 2019, when the young actress’s marriage to Ned Nwoko hit the airwaves. He disapproved of the proposed union because she was a teenager.

As her father, he had no input in the wedding proceedings held in his ex-wife’s family compound at Azungwu Quarters in Ogwashi Uku. The decision not to involve him was because he is not traditionally recognized as the actress’s father.

Regina’s Father Now Has An Amicable Relationship with Her Husband

His public comments in 2019 painted the picture of a double-fractured family, but that changed about a year later in 2020. Following the birth of Munir, Regina’s son, Jude Ojegwu, resolved his conflict with the former lawmaker and ended his opposition to the marriage.

According to him, having a grandson encouraged him to bury the hatchet and give peace a chance. As part of his commitment to reconciliation, he attended the child’s naming ceremony. He also named him Ifechukwude, which means ‘what God has written.”

Other than the portrayed ceasefire, there is currently no evidence that he has a deeper relationship with Regina or benefits from her wealth.

Her Mother, Rita, Is A Famed Actress, Politician, And Entrepreneur

Unlike her father, Regina Daniels’ mother, Rita Daniels, is a well-known public figure. She is an actress, politician, and entrepreneur who made a name by appearing in multiple movies for years. However, she is most renowned for nurturing and engineering Regina’s rise to the top.

She began acting in the local Anglican Church in Ogwashi Uku, eventually working her way to a professional career. Details about her journey as an actress remain sketchy, but she has grown to be a force in the entertainment industry. She is currently the head of the Actors Guild of Nigeria in Delta State and an officer in the Directors Guild of Nigeria.

Outside of acting, Rita Daniels is many things, including being:

Additionally, she is also a politician, serving as the majority leader and counselor of the Aniocha South Local Government Area. Her work in her community and professional achievements have also earned her an honorary title as the Ochiudo of Ogwashi Uku Kingdom.

While her numerous engagements have limited her acting appearances in recent years, Rita Daniels remains an actress. Some of her recent works include titles like The Nobles and Ominili. Most notably, she serves as a producer on Regina Daniels’ projects.

While Regina’s stardom grew under her wings, Rita wasn’t always on board with her pursuing an acting career. According to Rita, in an interview with This Day, her daughter fell in love with movies as a child. However, her desire to become an actress came from following her mother to film sets.

There, a young Regina developed friendly relationships with actors and actresses. And when she saw children on film sets, she expressed her desire to act too. Rita turned down the request repeatedly before giving in to her demands, offering her a role in one of her movies, Marriage of Sorrow.

Her performance was encouraging, and buoyed by the experience, Regina continued to practice, earning more roles as time passed. Today, she is one of Nigeria’s most popular actresses, and Rita regularly produces her films.

Rita And Regina Daniels Have A Close Relationship

It is hard to define Regina Daniels’ relationship with her father accurately. However, the story is different with her mother. The young actress and her mother have a close relationship that has grown beyond their homes to social media. Via their respective Instagram pages, the mother and daughter regularly shower praise on each other.

One evidence of their close relationship was a gesture by Regina on her mother’s birthday in 2021. After penning a long post in appreciation of her mother, she shared that she had bought a Toyota Prado SUV worth N15 million for Rita. The car was part of a host of gifts showered on the veteran actress by Regina Daniels and her siblings on the day.

Regina Daniels Has Three Brothers And A Sister

Although there are claims that the Python Girl actress has five siblings, verifiable information reveals that she has four siblings. They consist of three brothers – Samuel, Emmanuel, and Lawrence and her only known sister and youngest sibling – Destiny Daniels.

She has an alleged elder sister, Ifeoma Daniels, who is married with a child. A look through her Instagram account reveals a possible connection but offers zero clarification of their relationship. As for the rest of the Daniels litter, here is what we know about them.

Lawrence is the second oldest sibling in the family. He is a music producer who works with Samuel Daniels, the singer in the family. Although his Instagram page shows he enjoys the good life, Lawrence keeps personal details away from the public eye. We do know he is a graduate and may have graduated from Ambrose Alli University.

His older brother and Regina’s eldest sibling, Emmanuel, are even more mysterious with no known news or social media presence.

The singer in the family, Samuel Daniels, has a more relaxed approach to his public presence. A walk through his Instagram also shows he has a close relationship with Regina, which is no surprise considering they are both the family’s entertainers.

So far, he has released a couple of tracks, including Shayo. Afro Band Hit currently manages him.

The youngest of the Daniels siblings, she is reportedly still in secondary school. However, she has leveraged her last name to become a social media influencer. In less than two years of joining Instagram, she has amassed over 141 thousand followers, and the number keeps growing.

It is too early to determine if she will follow in her sister’s footsteps. But we know whatever she chooses to do, she will have the family’s full support.