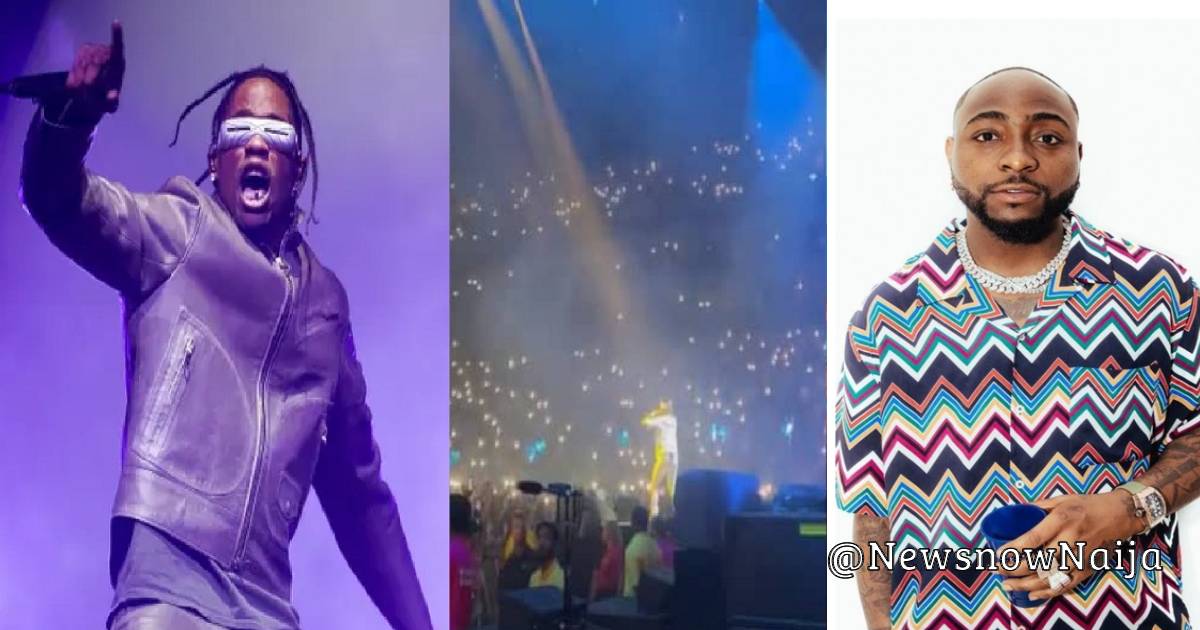 The multifaceted recording artiste, songwriter and entertainer, Travis Scott just like many other top acts are in tune with the ‘Afrobeats to the World’ movement.

The ‘Escape Plan’ hit-maker brought out multiple award winning Nigerian singer and Afrobeats superstar Davido at his 02 Arena Concert and it was a sight to behold.

The two-day event, which was held at the iconic 02 Arena on Saturday, August 6 and Sunday, 7th August, 2022, saw other acts perform. It was nothing but fun and excitement when Davido took center stage on the second day. The DMW frontline act and 20 BG boss delivered an amazing performance at the 02 Arena. The venue is not a strange ground for the singer, having sold-out the arena more than once. Watch snippet of his performance

Meanwhile: Renowned Nigerian record labels, Mavin Records and Chocolate City had a friendly football during the weekend which ended badly for one of the record labels.

Chocolate City was also founded in 2005 by lawyer Audu Maikori with Paul Okeugo and Yahaya Maikori. Over the years, the label has houses acts like M.I. Abaga, Jesse Jagz, Brymo, Ice Prince, CKay, Dice Ailes, Nosa, and others. It currently houses gems like Blaqbonez, Candybleakz, and others.

The friendly match which consisted of team members from both labels. In a post via Mavin Record star, Crayon verified Twitter account, he revealed that Mavin Records won the match by six goals to one. See screenshot of his post below.