Nollywood Actress, Mercy Johnson Okojie got her colleague, Tonto Dikeh and followers talking when she shared a cryptic post aimed at her only son, Henry Okojie. 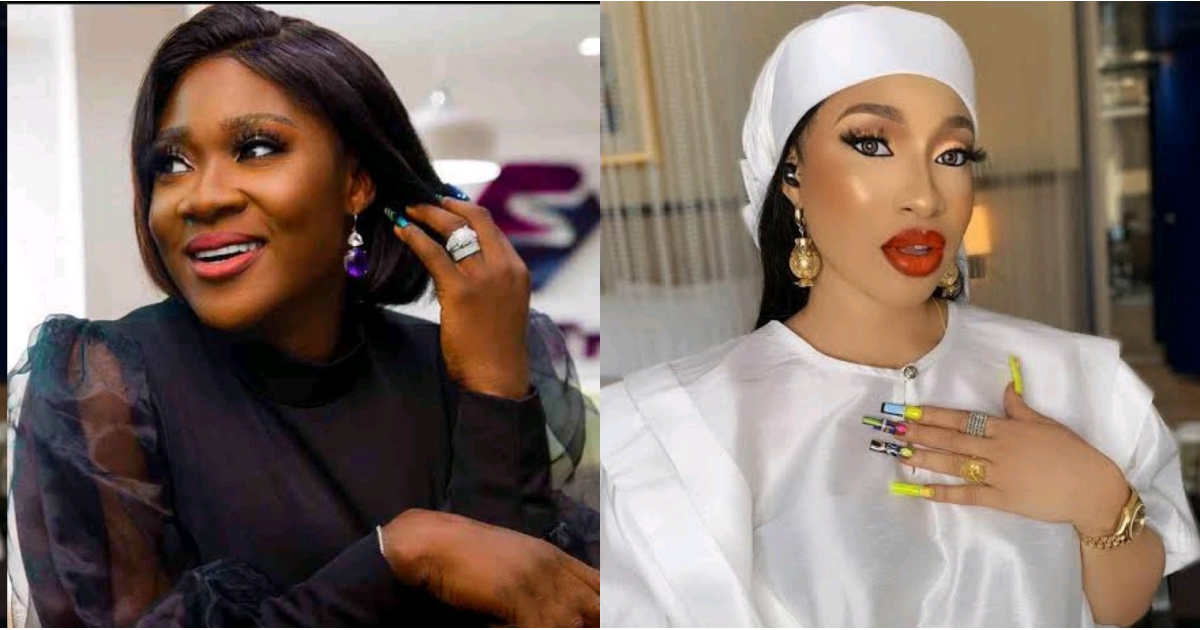 After four lovely kids, Mercy Johnson seems to be done with having kids. Mercy is the mother of three beautiful daughters Purity, Angel, and Divine, and one son called Henry.

Recently, the Nollywood star shared a hilarious video showing her reaction whenever Henry looks at her and asks when he is getting another brother.

In the video, there was a background voice singing and the film star was imitating the voice. Mercy squeezed her face in a way that says she dreads the question as if to tell her son not to ask the question again.

Captioning the video, she wrote;

“The holyspirit is your guide,father, brother and friend..My son”

Her friend and colleague, Tonto Dikeh also commented, ‘pleading’ with Mercy to consider her son’s request.

“Nne shld we tell baby Henry that when you were younger you wanted 10kids?? Pls give him what he wants” 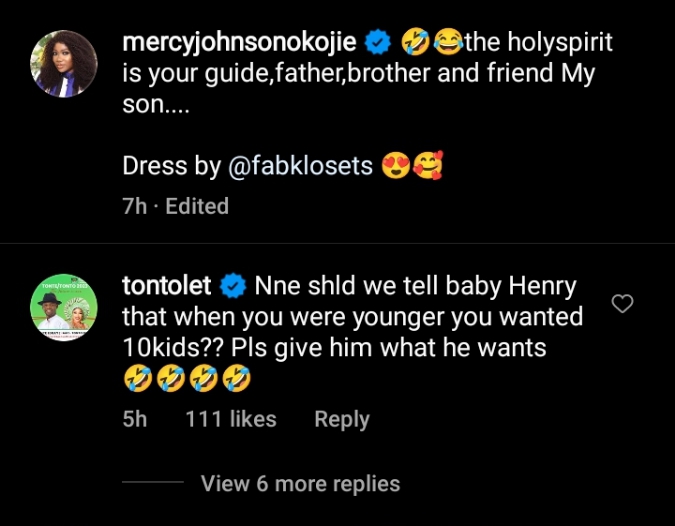