Ace Nollywood thespian, Regina Daniels recently took to social media to share a cute video of herself with her husband, Prince Ned Nwoko, and their first son, Prince Munir Nwoko. 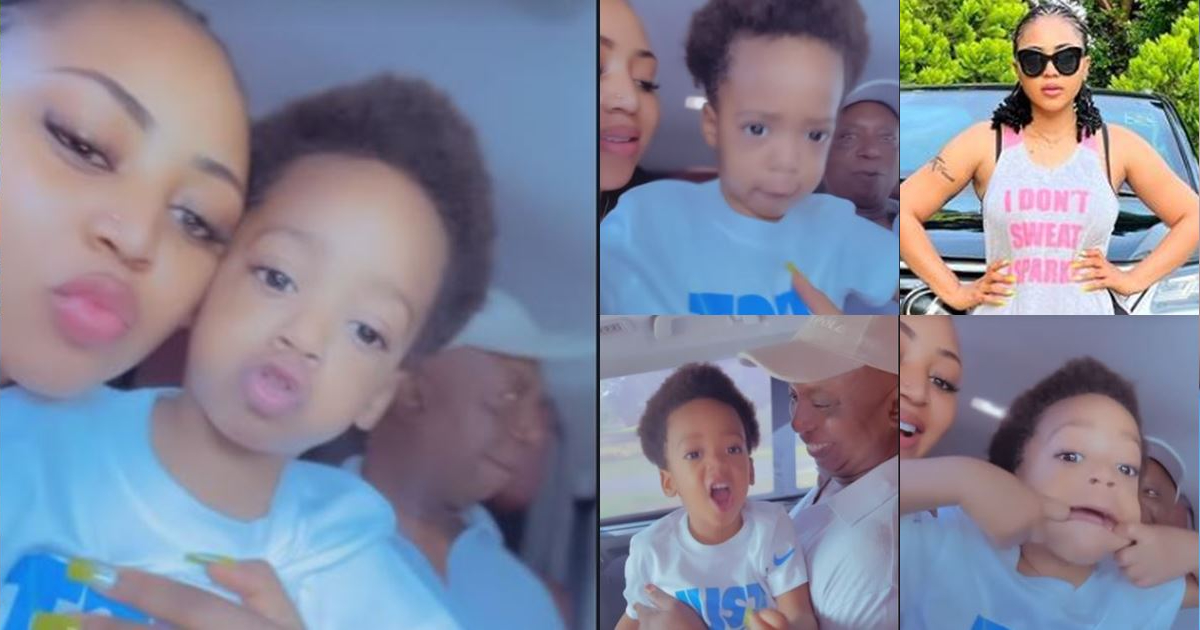 Regina who appeared to be in transit with her hubby and son made some videos of the moment Munir put up some childish displays which stirred humour for the couple.

The mother of two could be heard questioning her son due to the awkward and funny facial expression he put up during the video.

Munir subsequently began sticking his hands into his mouth.

In the second clip, the actress passed the kid to his father who carried him while he continued to serve them with his disturbance.

“Munir is such a case”

Watch the videos below:

Meanwhile, a few days back, the screen diva shared a video of the moment her son, Munir also tackled her over ‘improper’ use of her phone.

Munir could be heard screaming, “Mama why are you snapping like that?”