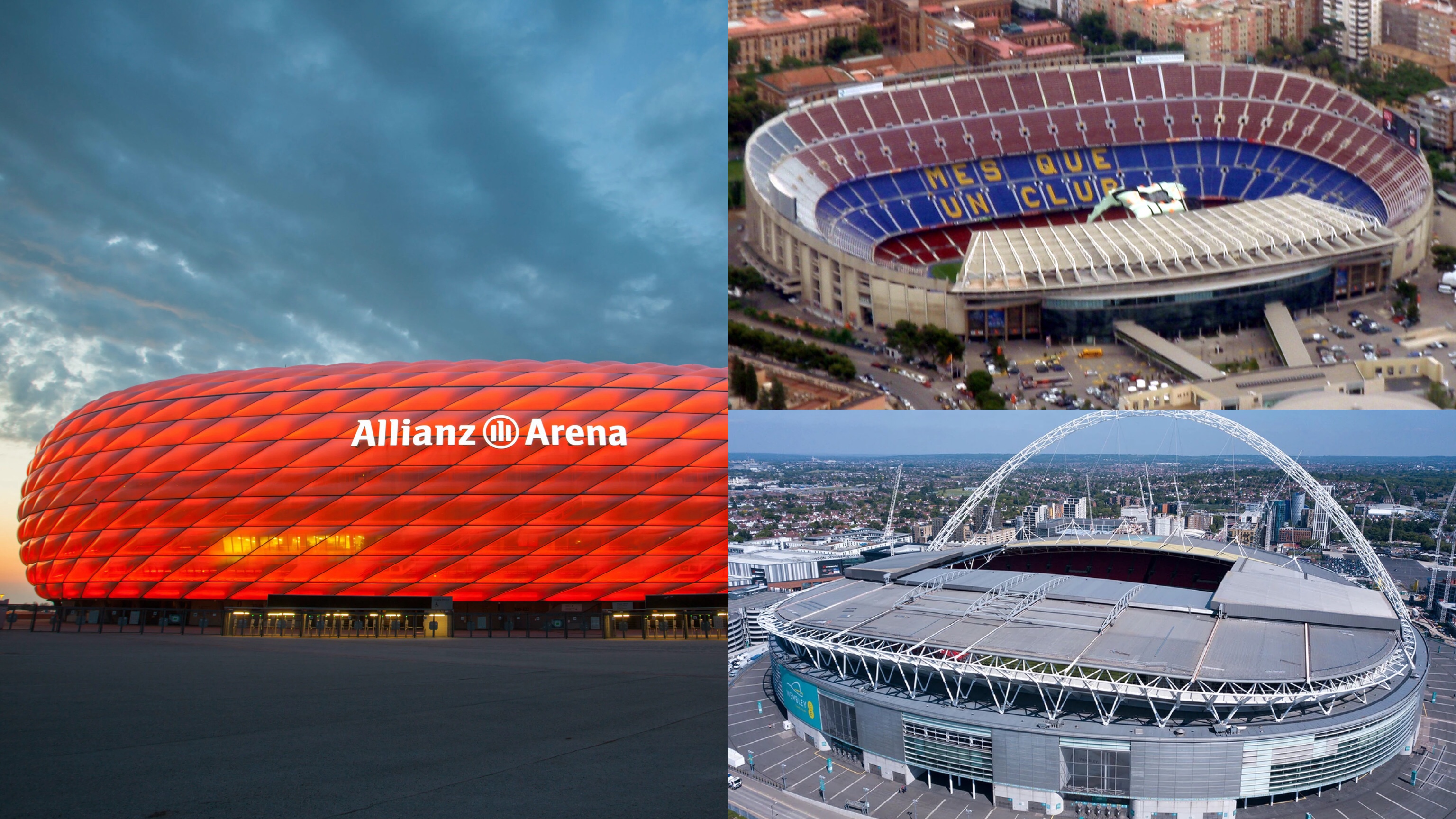 Camp Nou is the biggest football stadium in Europe. Camp Nou is one of the biggest stadiums in the world and it is located in Barcelona, Spain. The stadium was built in 1957 and has been renovated 3 times since then. Camp Nou has been the home ground of Barcelona football club since it was open.

Signal Iduna Park is the home ground to the German club, Borussia Dortmund. Signal Iduna Park was built in 1974 and has been renovated 4 times. The stadium has a capacity of 81,365 and it is located in Dortmund, Germany.

Santiago Bernabeu is the second biggest football stadium in Spain and the fourth biggest stadium in Europe. The stadium is home to Real Madrid, one of the most popular football clubs in the world. Stade de France is the sixth biggest football stadium in Europe. The Stadium is the national stadium of France and it is located in Saint-Denis, France.

San Siro is the name of an Italian football stadium located in Milan, Italy. San Siro is used by 2 popular Italian clubs, AC Milan and Inter Milan. It was built in 1926 and has a capacity of 80,018. Luzhinki Stadium is ranked the seventh biggest football stadium in Europe. Luzhniki Stadium belongs to the government of Moscow and it is located in Moscow, Russia.

Ataturk Olympic Stadium is a football stadium located in Istanbul, Turkey. The stadium was built from 1997 to 2002 and has been renovated twice. Athens Olympic Stadium has a capacity of 75,000 and it is located in Athens, Greece. The Stadium is used by 2 of the biggest football clubs in Greece, Panathinaikos, and AEK Athens.

Olympiastadion is the third-largest football stadium in Germany. It has a capacity of 74,475 and it is located in Berlin, Germany.