Mercy Johnson Okojie is a Nigerian Actress. Commonly known as Mercy Johnson or MJ, she stands as one of the most, if not the most, controversial actresses in Nigeria.

Both in her movies and real life, she is ever surrounded by all types of critics. She first came to limelight when she featured in the movie, The Maid, where she played a possessed Nanny role. Ever since, she has attracted multiple movie producers and evidently, has appeared in many movies. 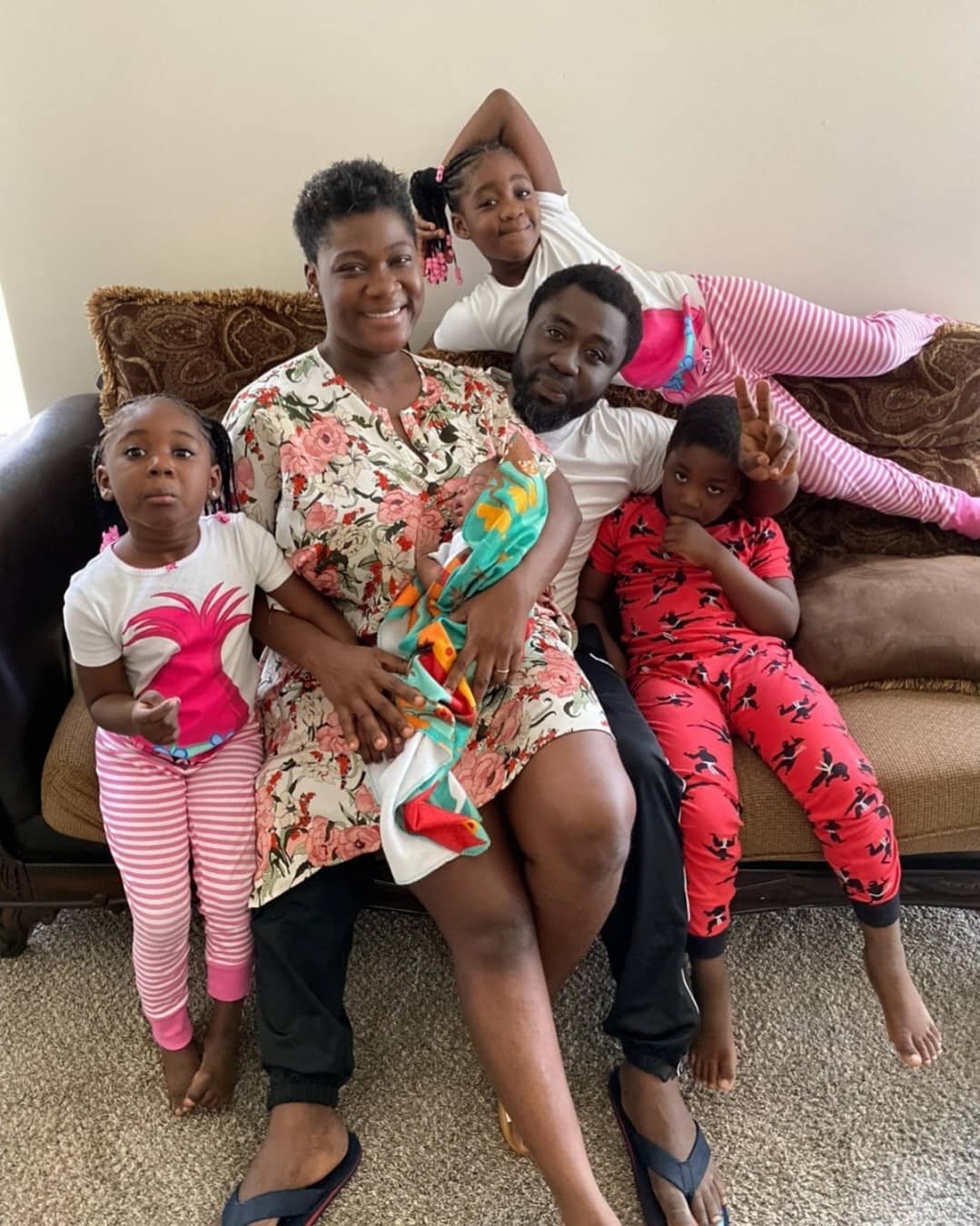 The actress was born on August 28, 1984, in Lagos, to a former naval officer, Mr Daniel Johnson and mother Elizabeth Johnson. Originally hails from Okene, Kogi State Mercy Johnson grew up in a family of 7 children. As the fourth child, she has 3 older sisters and 3 younger brothers. 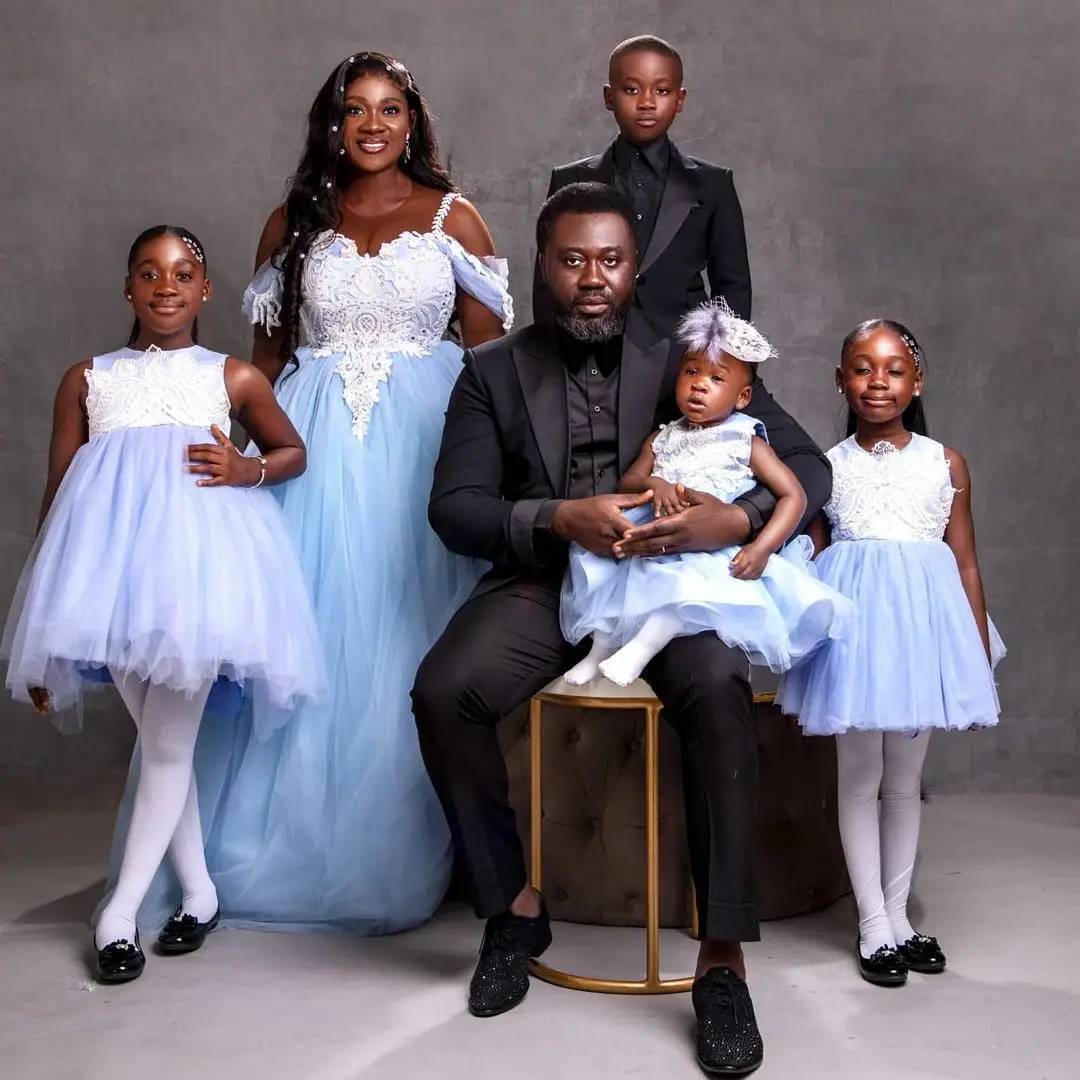 MJ spent her childhood in various barracks with her father who was constantly being transferred due to his job as military personnel. As one who has attained a certain level of success in life, MJ had a tough upbringing.

Mercy Johnson is currently married to Prince Odianosen Okojie, a businessman and politician from Edo State. Prince Okojie is a descendant of the Okojie royal family which makes him an actual prince. Prince Odianosen Okojie and Mercy Johnson tied the knot in 2011, at the Christ Embassy Church, Ikeja. The wedding reception took place after the wedding service, at 10 Degree Event Centre along Billings Way, Ikeja.

Mercy Johnson’s husband, Prince Odianosen Okojie is a Nigerian politician and businessman. He is a native of Edo State in Nigeria. He was born on the 17th of November, 1973 and he is currently 47 years old.

Prince Odianosen is a descendant of the Ogbidi Okojie royal family. Ogbidi Okojie was the former ruler of the Esan people of Nigeria who are now called Edo State. This makes Mercy Johnson’s husband an actual prince.

Prince Okojie’s ex-wife and the scandal

Prior to his wedding to Mercy Johnson, Prince Odianosen’s ex-wife, Lovely Okojie, surfaced with claims that she was still legally married to him, and that Mercy Johnson was “only trying to steal him away from her”.

She backed this up with pictures of her marriage certificate and her two children whom she insisted belonged to Prince Odianosen Okojie. These claims almost disrupted Prince Okojie’s marriage to Mercy Johnson, but they somehow weathered through.

Prince Okojie said in an interview around that time:

“My estranged wife, Lovely’s purpose is just to split Mercy and myself which I don’t think is possible. Mercy and I are waxing stronger by the day. Myself and Mercy are still together and our love is still waxing stronger.”

He was obviously right because, ten years after, the two love birds are still waxing strong as ever.

Mercy Johnson Okojie and her husband Prince Odianosen Okojie are currently blessed with four children – 3 girls and one boy.