Ebube Nwagbo is one actress lovers of Nollywood cannot miss. The pretty actress has been acting for over a decade and remains one of the most sought after Nollywood actresses in Nigeria. She is more known in the terrain of English/Igbo Nollywood movies and seen as a very beautiful actress who knows her onions in the movie industry. 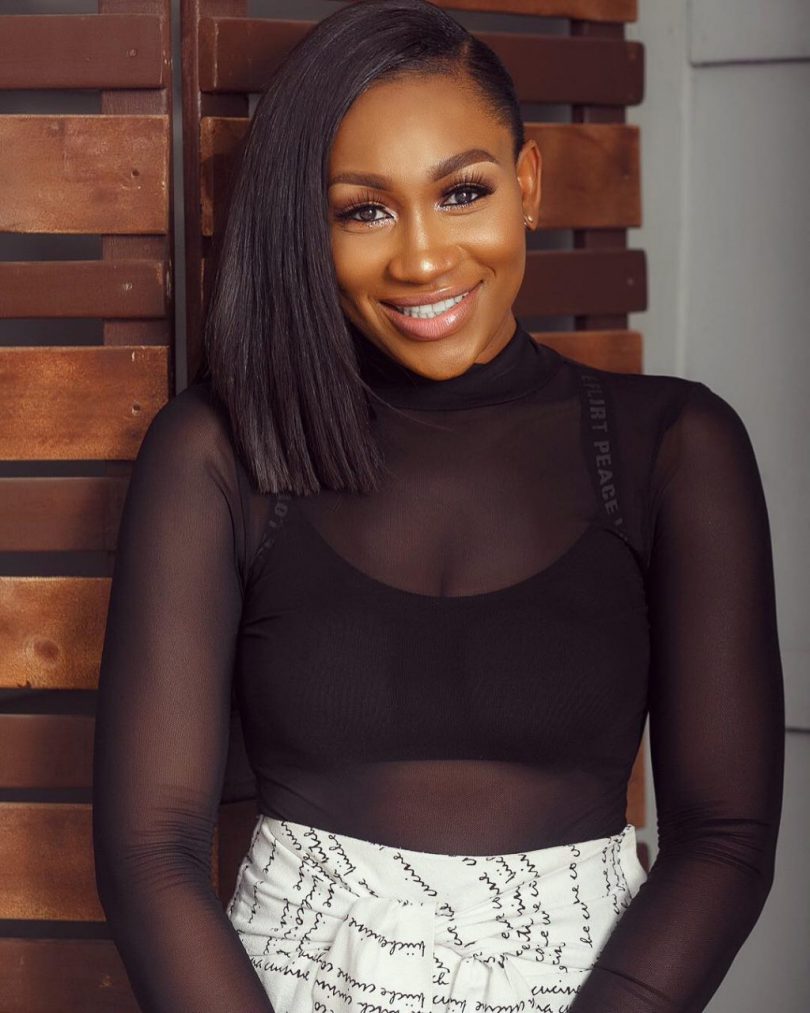 Ebube Nwagbo is the first child in the family of six children. Her hometown is Anambra State, Nigeria. She completed both her primary and secondary education in Warri, Delta State, Nigeria and obtained both her First School Leaving Certificate and West African Senior School Certificate. 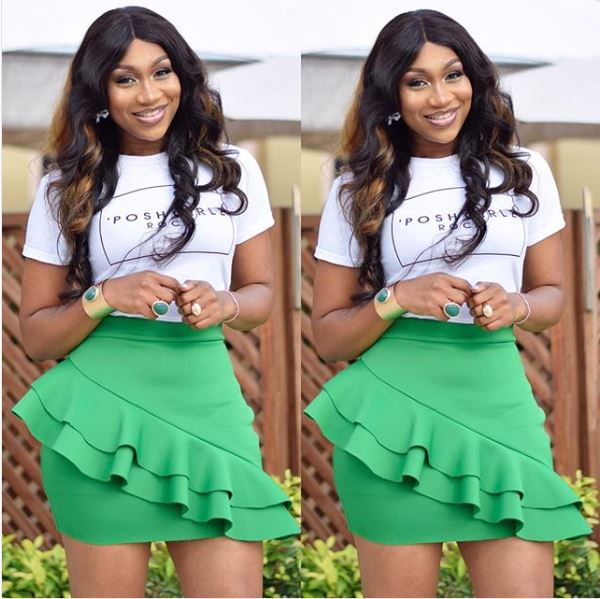 After obtaining her National Diploma, Ebube Nwagbo proceeded to Nnamdi Azikiwe University in Awka, Anambra State, Nigeria and graduated with a Bachelor’s Degree in Mass Communication.

After completing her university education, in 2003 at the age of 20 years old, Ebube Nwagbo joined the Nigerian movie industry (Nollywood) and started attending movie auditions and acting as minor character in movies. She rose to fame after acting in the popular Nollywood movies Arrested by Love, Eyes of the Nun and Before My Eyes.

Ebube Nwagbo is one of the most gifted actress in Nigeria. She is very beautiful, creative and talented in acting and interpretation of movie roles. She can fit in any role given to her by a movie director and knows how to interpret her roles very well.

Ebube Nwagbo has acted in more than 150 Nollywood movies which include Arrested by Love, Royal Palace, Before My Eyes, Against My Blood, Eyes of the Nun, Mama, Widow’s Cult, I Will Die for You, Power of Trust, Not Yours, Ojuju Calabar, The Illiterate Wife, etc. 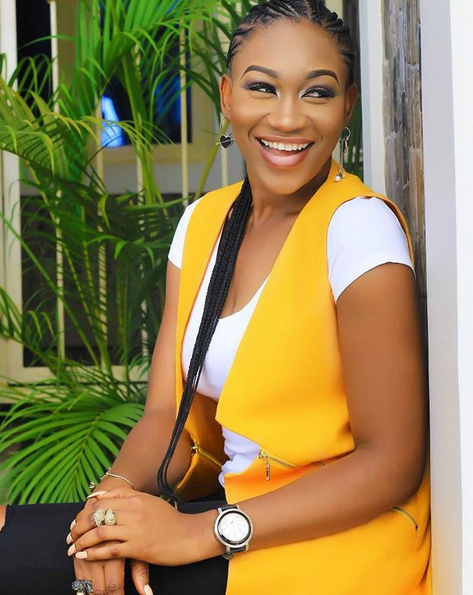 However, there have been controversial rumors and scandal about her marriage most especially on social media. But during an interview with the media, she cleared people’s mind and thoughts concerning her marriage, saying she is not yet married. Just like the wish of every single woman, she wants to find true love, someone that will love her natural and not someone that will love her because she is a celebrity. She has always believed in true love and still does. 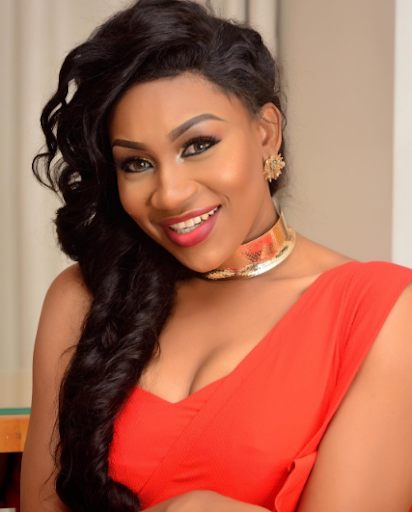 However, rumors have it that the beautiful actress has dated Nigerian international footballer Kanu Nwankwo, Ogbonna kanu, Emmanuel Emenike and even Nigerian popular pop singer Kcee. But during an interview with the media, she debunks all the claims and stated that as a celebrity people will always have something to say about you. 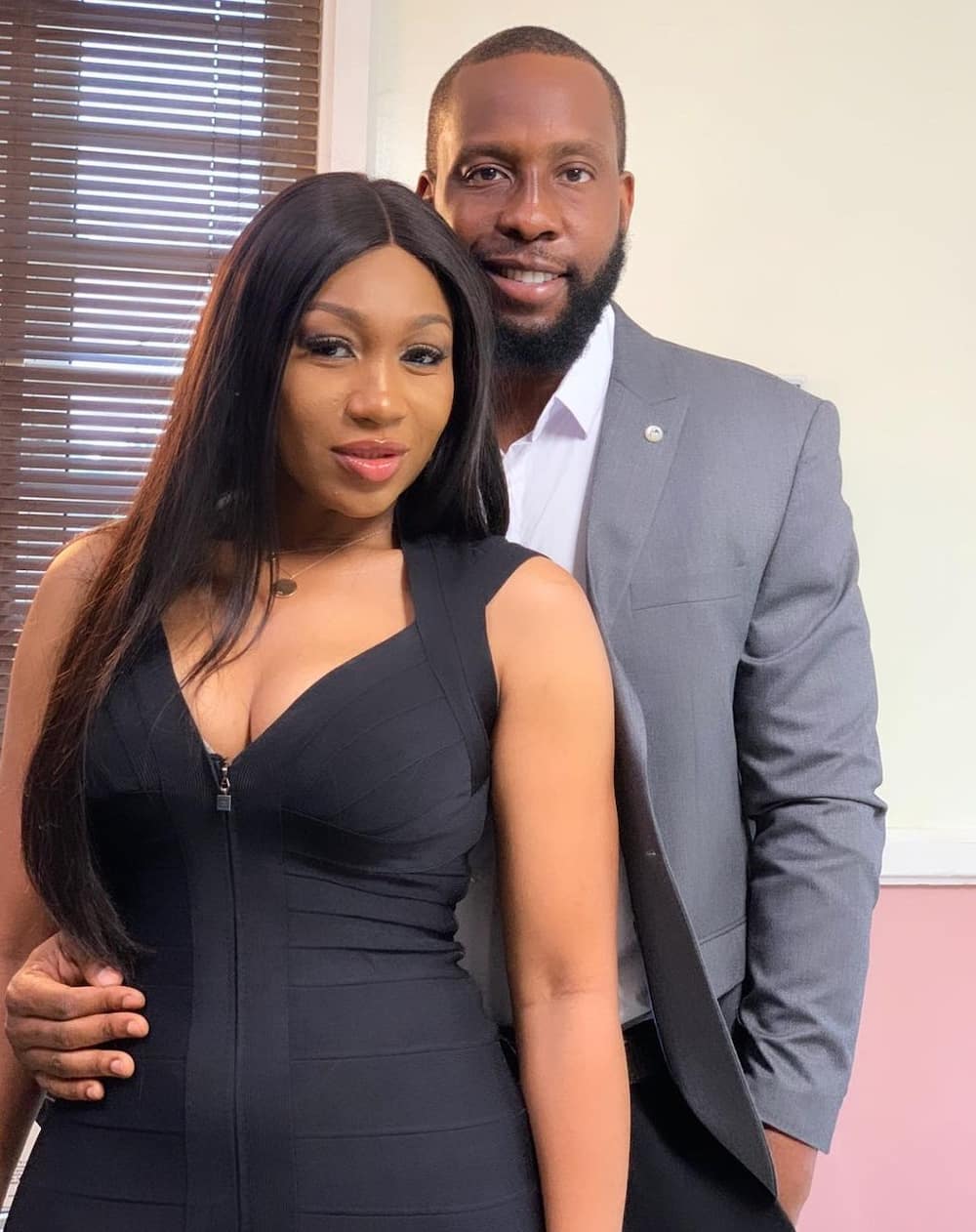 After gaining much success in Nollywood, Ebube Nwagbo decided to try out entrepreneurship. In 2012, she launched her hair salon “PoshHair” and an entertainment company called “PoshWorld Production”. Through these businesses, Ebube Nwagbo has been able to acquire for herself a number of landed properties worth millions of naira. 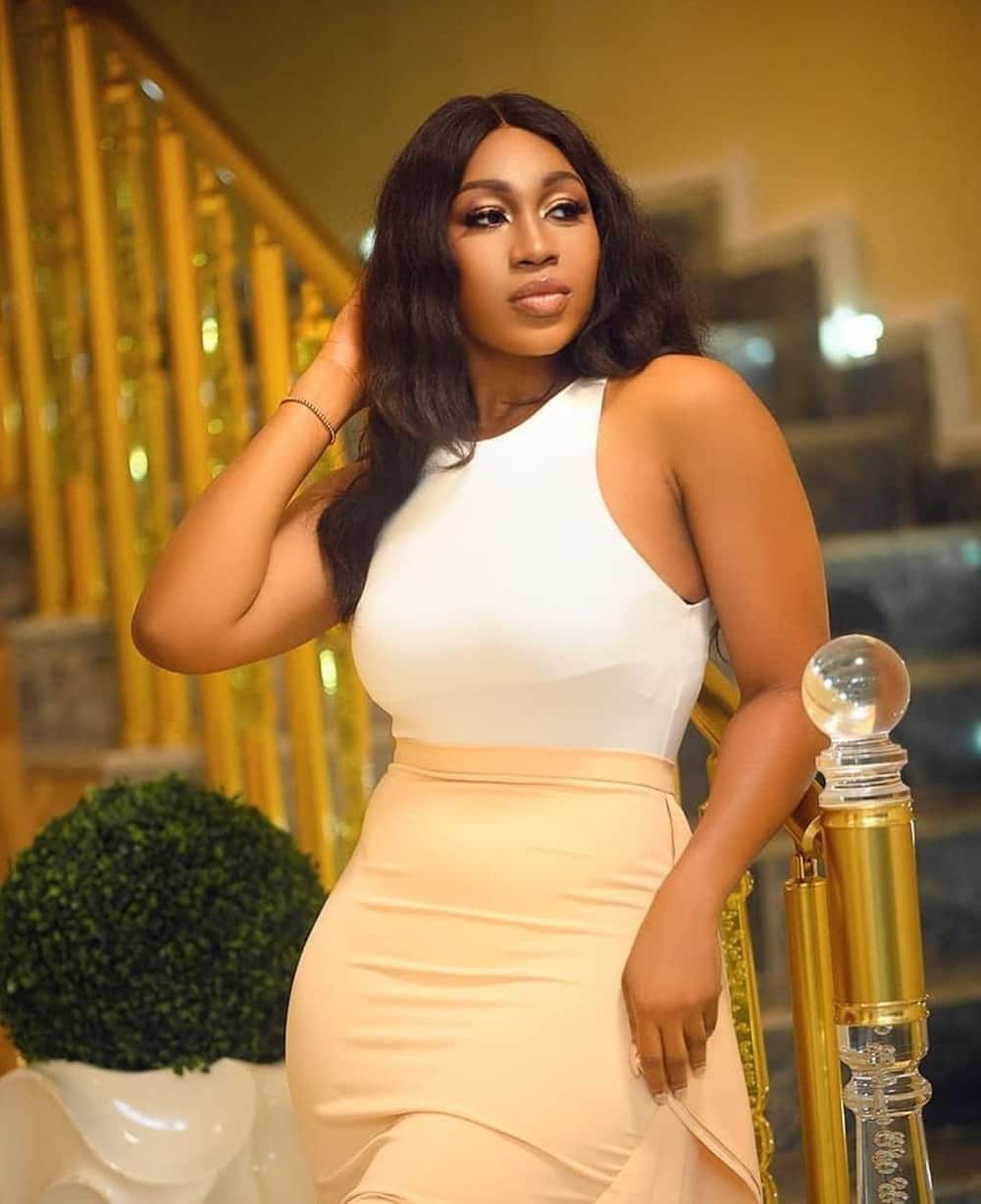 Ebube Nwagbo is currently one of the richest and most influential actress in Nigeria with an estimated net worth of $700,000. 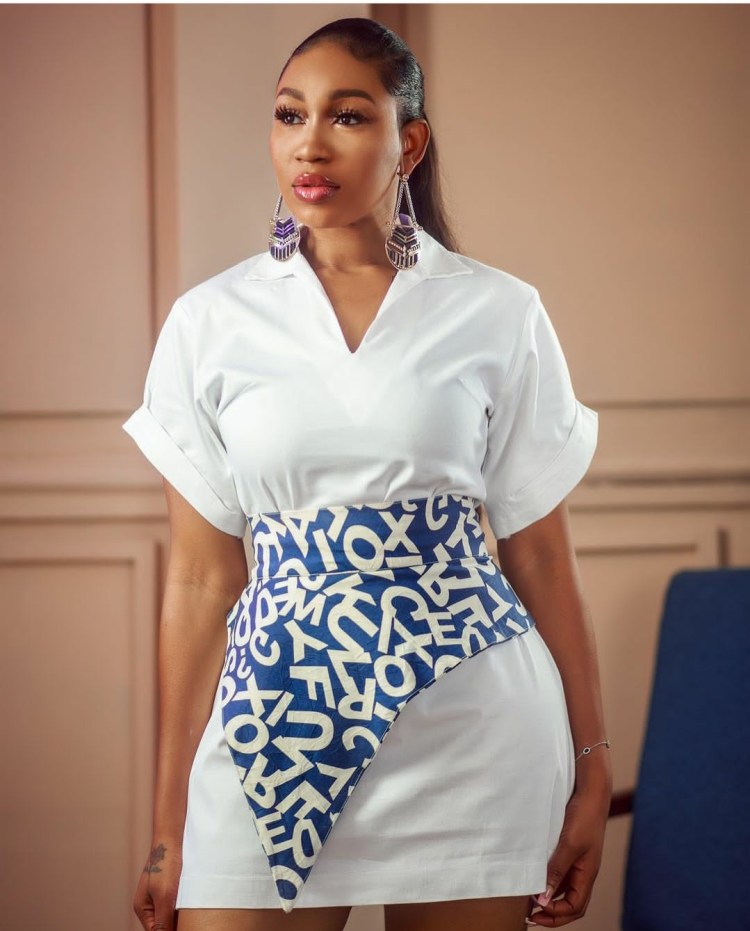 1. Ebube Nwagbo is not only a good actress, she is also very active on social media. Her nickname on Instagram is Poshesteb.

2. She has appeared in over 140 Nigerian movies, including Power of Trust, Against My Blood, Ojuju Calabar, Widow’s Cult, The Illiterate Wife, Royal Palace, Before My Eyes, Eyes of the Nun, Mama, Arrested by Love, I Will Die for You, Not Yours, among others. 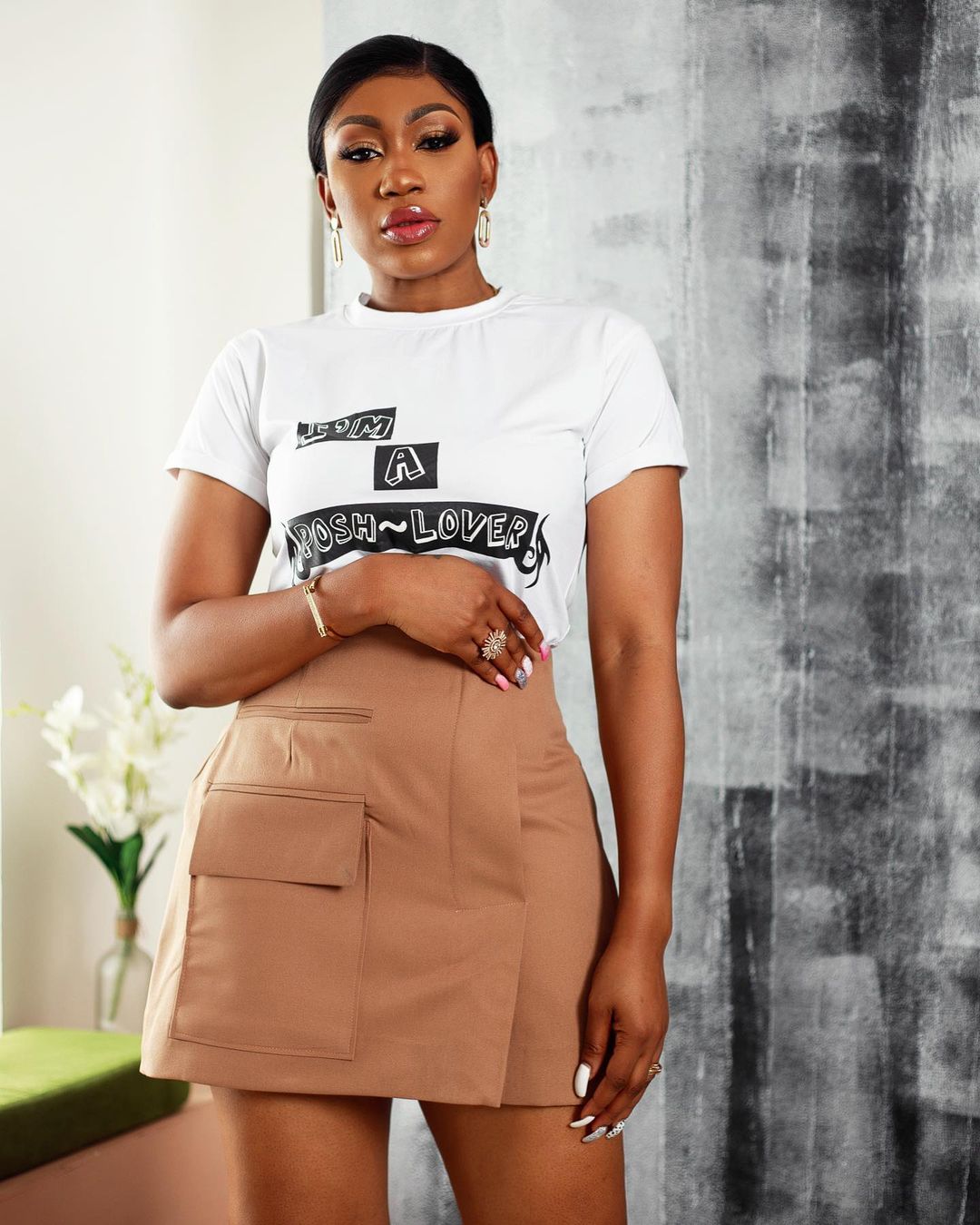 5. Nwagbo, who is seen as one of the influential actresses in Nigeria, reportedly has a mansion in Ajah, Lagos. She started the building sometime in 2016 and recently completed it, as shared by her best friend actress Onyi Alex via Insta story.

6. Sometime in 2015, the actress was dragged to the spotlight after she shared a picture of her and Barcelona superstar, Lionel Messi, smiling together. Nwagbo had uploaded the picture as “flashback” but her fans, in turn, accused her of “begging” Messi for the selfie, claiming that she and most celebrities often turn down requests for selfie by Nigerians. In reply, she slammed them for acting foolishly on her page. 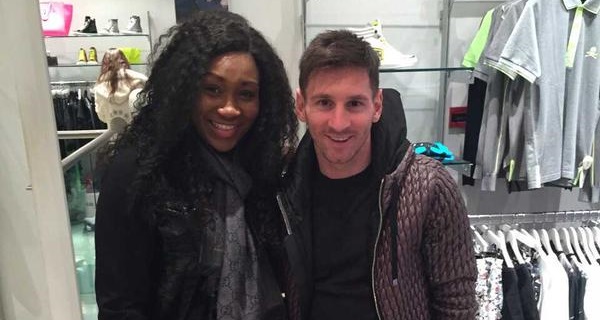 7. Admired for her fashion sense, the actress recently took to bleaching and was criticized by most of her fans who insisted that her original skin complexion looked better. 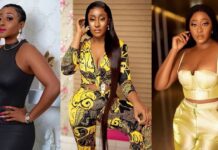