Queen Nwokoye is not just an actress as the Nollywood star is a model, TV personality, businesswoman, and philanthropist.

Love is a sweet thing with your best friend. Finding the love of your life is special as you have found someone who loves you for who you are and taking it to the next level is such a great decision.

Nollywood actress Queen Nwokoye and her husband, Uzoma are arguably one of Nigeria’s favorite celebrity couples. The couple got married as far back as 2011, and their union was blessed with beautiful children. As of today their marriage is celebriating 10 years anniversary.

According to Queen Nwokoye, she got married in secret simply because she did not want her own wedding to be the subject of the media attention. Queen Nwokoye revealed that she likes to spend time with her family, because they treat her as a normal woman, and her husband also treats her as his wife and not a popular movie star.

Not every celebrity loves sharing pictures of his or her family members on social media. Queen Nwokoye and her husband is one of the movie stars that have managed to keep their family affairs private. The couple doesn’t expose their private life to the public. They also don’t show off their financial status. They live a quiet, calm and reserved life. Queen Nwokoye and her Husband have a great sense of fashion.

Queen Nwokoye is a famous Nollywood actress and has been in the Nigerian movie industry for over a decades. She started acting in early 2000s and has featured in many blockbuster movies.  She as an actress, a model, a film producer, a philanthropist and a television personality. She is very beautiful, gifted, skillful, creative and talented in acting and interpretation of movie roles. She knows how to interpret her roles very well and can fit in any character given to her by movie directors and producers in Nigeria. 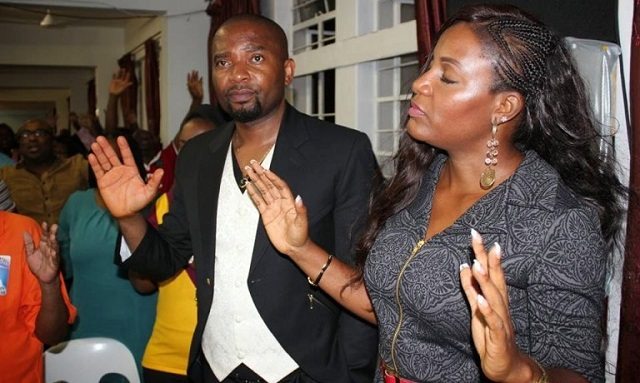 After completing her secondary school education, Queen Nwokoye proceeded to Nnamdi Azikiwe University in Awka, Anambra State, Nigeria and graduated with a Bachelor’s Degree in Sociology and Anthropology. Queen Nwokoye grew up with the ambition of becoming a lawyer. She later became passionate with acting while still in school.

In 2004, Queen Nwokoye joined the Nigeria movie industry popularly known as Nollywood and acted in her first movie “Nna Me” a movie that brought her to limelight. She is very talented especially for her ability to cry in movies. 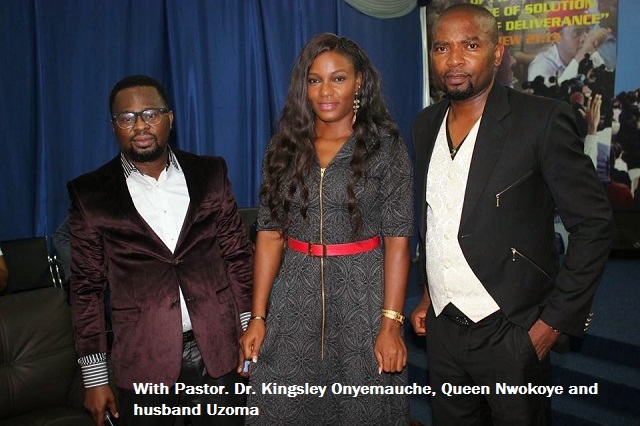 Queen Nwokoye has acted in more than 200 Nollywood movies which include Nna Men, His Majesty, The Girl is Mine, Odum Na Akwaeke, Security Risk, Adaure, Save The Baby, and many more. Queen Nwokoye is best known for starring as the lead character in a 2014 popular film titled Chetanna, a movie that earned her the award for Best Actress in a Leading Role at the Africa Movie Academy Awards. 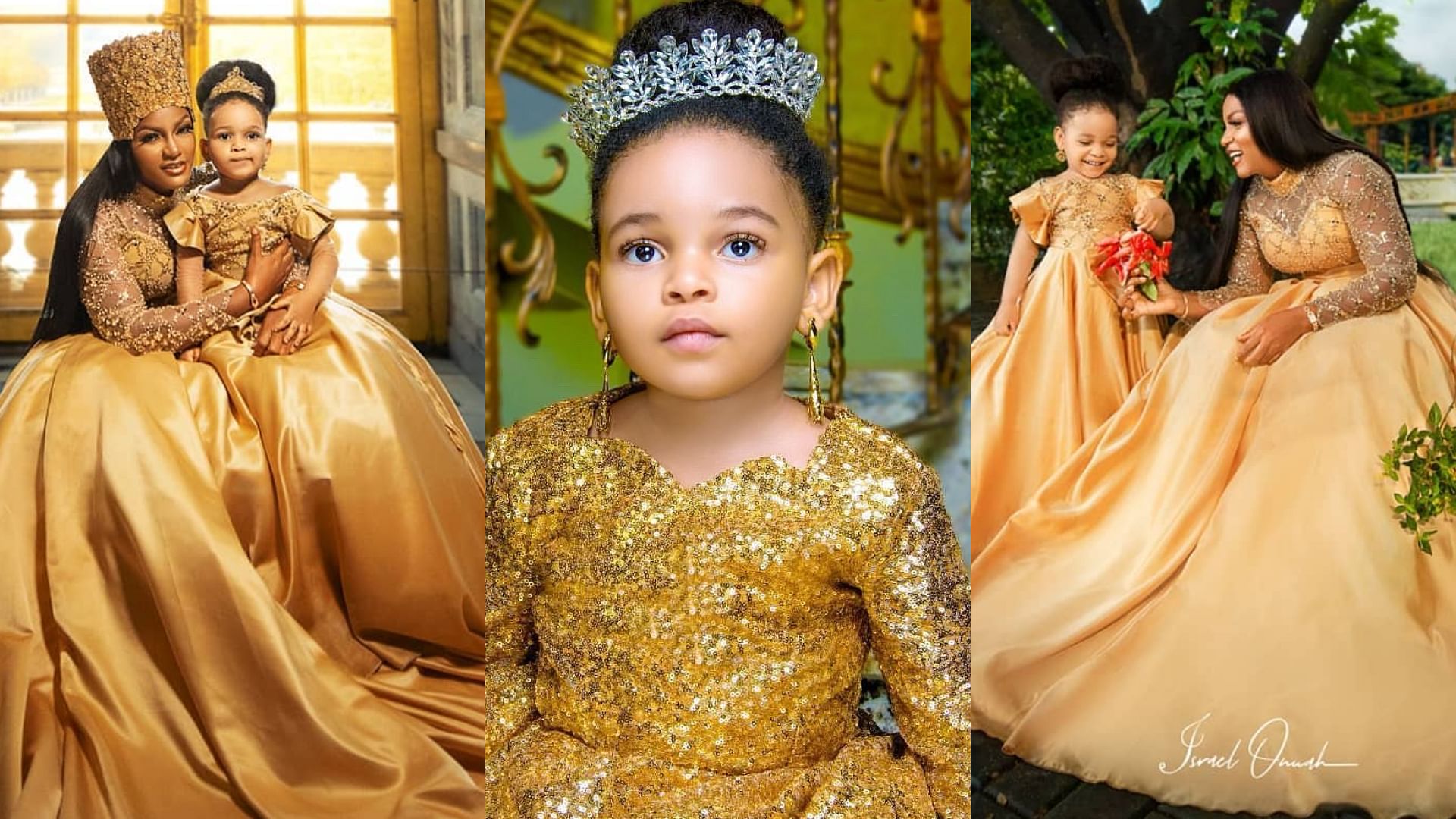 Queen Nwokoye is one of the most versatile actress in Nollywood. She has the ability to feature in any role given to her by movie directors and producers in Nigeria. She can act very well and also knows how to interpret her roles very well. She can feature in action thriller movie, ghetto movie, sorrowful movie, tragic movie, and has the ability to deliver her role very well. In 2015, Queen Nwokoye won The Best Indigenous Female Actress of the Year at the ZAFAA African Film Academy Awards. 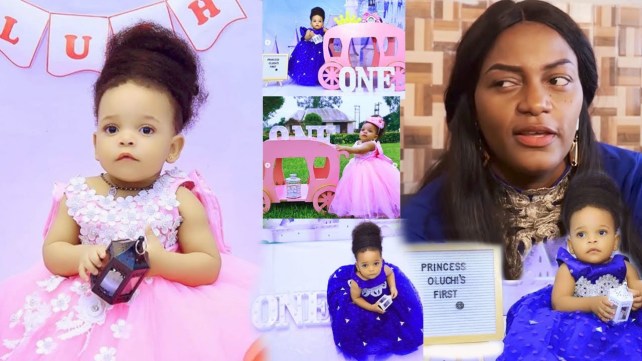 Queen Nwokoye is now regarded as one of the most sought-after actresses in Nollywood and also one of the most expensive actresses in Nigeria. Aside from acting Queen Nwokoye devout her time with her family. She is a good wife and a caring mother to her twin kids. Queen Nwokoye is regarded as one of Nollywood celebrities who have never had a media scandal. According to her, her journey from a struggling actress to a celebrity actress is not a day job and requires persistence, hard work and determination.

Queen Nwokoye has been married since 2011. Because she always kept her private life out of the media, a lot of the actress’s fans often think she is still single.

She also revealed during an interview that she chose to keep her marital life private because her family is where she finds serenity and where she lives a life far away from the acting world.

Queen Nwokoye’s husband, Mr Oluchi Uzoma is a businessman from Imo state who is based in Johannesburg, South Africa.

Though there were speculations that he is a pastor, he is commonly known as a businessman.

The actress’ husband delved into politics in 2019, contesting for a seat in the Imo State House of Assembly under the All Progressive Congress (APC), but, unfortunately, he did not win.

Because the actress does not share much about her family, the exact number of Queen Nwokoye’s children is not known. For now, it is only confirmed she has one daughter.

The actress gave birth to a baby girl on August 20, 2018. The news of the child’s birth was shared by her friend, Oma Nnadi.

Oma took to her social media page to congratulate Queen Nwokoye and her husband over the birth of their child. She also shared old pictures of when Queen still had her baby bump.

Actress Queen Nwokoye’s daughter was born on August 20, 2018. Her name is Princess Oluchi and she is almost three years old.

Does Queen Nwokoye have twins?

Queen Nwokoye was speculated to have birthed twin boys as her first child, but an Instagram post of hers that came later suggested that the children were probably her nephews.