Pete Edochie is one of the Nigerian best actors, honored with an Industry Merit Award by Africa Magic and Lifetime Achievement by Africa Film Academy. He is highly talented and has won many acting awards in his name. Seasonally, he works as an administrator and a news broadcaster. He started acting in the year 1980 when he acted the role of Okonkwo in an NTA adaptation of Chinua Achebe’s masterpiece novel, Things Fall Apart. 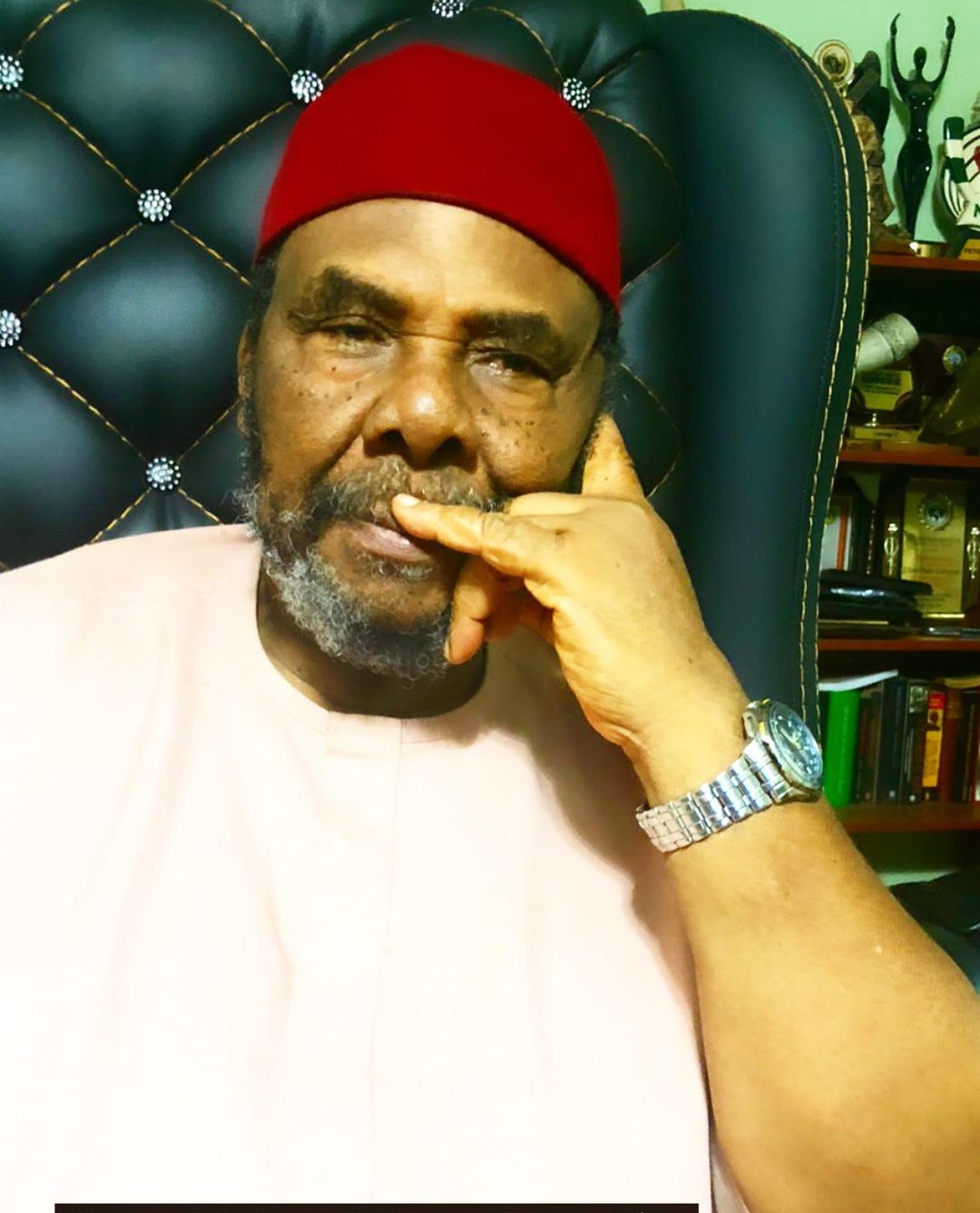 Pete Edochie is a legendary Nollywood actor, producer, businessman, investor, entrepreneur, philanthropist and a television personality. He is very talented and act mostly as royal king, father, and godfather in several Nollywood movies. He is married with grownup children. He is the father to Nollywood actor Yul Edochie and Linc Edochie.

Pete Edochie completed his primary school education in Enugu State in the south eastern part of Nigeria and obtained his First School Leaving Certificate. After which he completed his secondary school education in Zaria, Kaduna State in the northern part of Nigeria and obtained his West African Senior School Certificate. While still in secondary school, he was actively involved in drama club, theatre club and performing art. He has featured in several stage plays and drama. 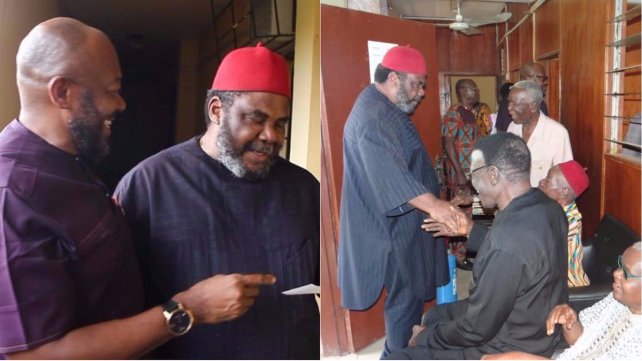 Pete Edochie after completing his primary and secondary school education worked with the Nigerian Railway Cooperation. After working with the Nigerian cooperation for some years, Pete Edochie decided to further his education. He moved over to England and studied a course in Journalism and Television in the School of Journalism and Television in England, United Kingdom. In 1967, he got into radio broadcasting as a Junior Programme Assistant after which he was elevated to the level of a Director.

In 1980, Pete Edochie became famous after starring in an NTA TV series “Things Fall Apart” in which he played the lead role of Okonkwo. He later won an International Awards due to his role as Okonkwo in the TV series “Things Fall Apart” and he was also interviewed by BBC reporters on the success of the movie. In 2005, the Actors Guild of Nigeria placed Pete Edochie on a one year suspension from filming due to his demand of huge fees. 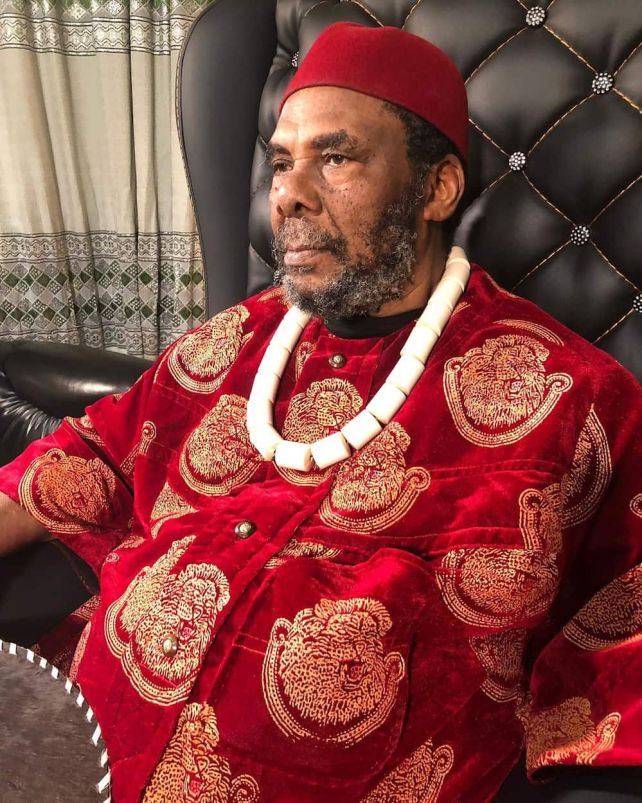 Pete Edochie is one of Nigeria’s most successful actors. The veteran actor who is seen as one of Africa’s most talented has amassed several movie awards to his name. Although a seasoned administrator and broadcaster, he came to limelight in 1980 when he played the role of Okonkwo in an NTA adaptation of Chinua Achebe’s masterpiece novel “Things Fall Apart” which later won him the award for Best Actor in Africa at the First Africa Movie Academy Awards and also presented him as a legend in Nollywood.

Pete Edochie is a Christian and a devout member of the Roman Catholic Church. In 2009, Pete Edochie was kidnapped by hoodlums and later released unharmed after some huge ransom was paid. Pete Edochie is married with many grownup children. His last son “Yul Edochie” is a famous Nollywood actor. 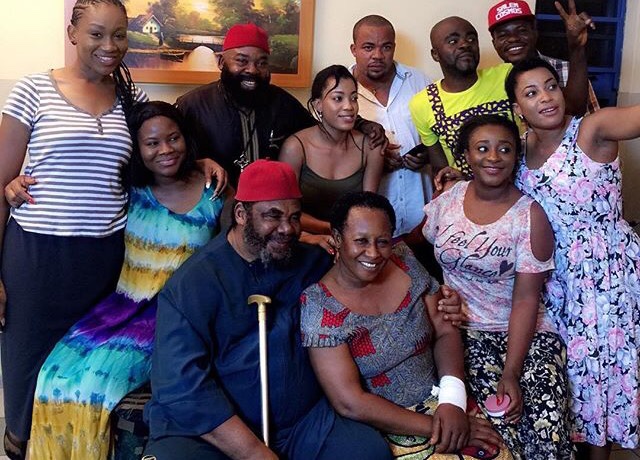 Pete Edochie has acted in more than 300 Nollywood movies which include Corridors of Power, Heavy Battle, The Dog’s Meeting, Lion of Africa, Billionaires Club, Test Your Heart, Greatest Harvest, Secret Pain, and many more. He always features in political films and occultic films and sometimes plays the role of a title chief, traditional ruler and traditional prime minister in several Nollywood movies.

There were rumors and speculations that the veteran actor was married to his colleague in Nollywood Rita Edochie. This is owing to the similarity of their surnames. But the truth is that Rita Edochie is a sister-in-law who is married to Pete Edochie younger brother.

Pete Edochie currently has an estimated net worth of over $3.8 million, making him one of the richest and most influential actors in Nigeria. In 2011, Pete Edochie was honored as Member of the Order of the Federal Republic (MFR) which happens to be the highest award and honor given to a celebrity who has contributed immensely to the economic growth and development of the country through entertainment. 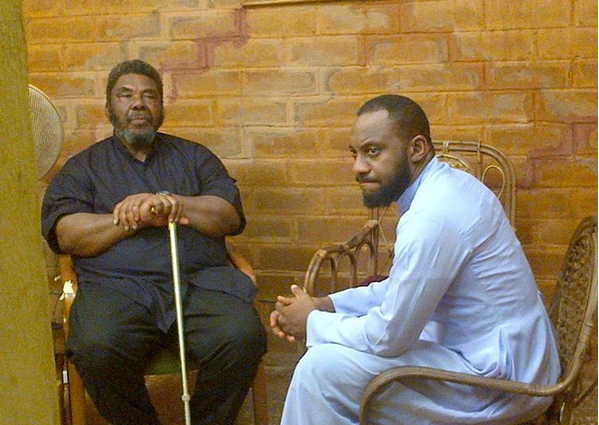 Pete Edochie in the cause of his acting career has won several awards both home and abroad. Some of his awards include Best Actor in Africa, Nollywood legendary Actor, Most Promising Actor in Nigeria, Most Gifted Actor and Most Prominent Actor in Nigeria. He is one of the pioneers of the Nigerian movie Industry popularly known as Nollywood and contributed immensely to the growth of Nollywood in Nigeria and rest of the world.

Pete Edochie started growing his beards when he was just 23 years old and has not completely shaved it off since then, although he could trim it. Pete Edochie during an interview stated that he will never shave his beards not matter how much money he is offered to do so. According to him, he intends to carry it as his signature till the end of his life.

In his acting profession, Edochie has won many awards in his name, therefore gaining popularity both locally and internationally. For example, he entered the world of fame in the year 2003 before he became a member of the Order of Nigeria. He won the following awards;

Who is Pete Edochie?

Pete Edochie is one of the Nigerian best actors, honored with an Industry Merit Award by Africa Magic and Lifetime Achievement by Africa Film Academy.

How old is Pete Edochie?

Pete was born to both parents in Enugu, Nigeria.  The real identity of his parents is not known. The Nollywood legend holds a Nigerian nationality and citizenship and is of the black race. He grew up in Zaria, Kaduna, and he currently lives in the Anambra State of Nigeria. He also speaks the Igbo language as he descends from the Igbo people of Nigeria. He is also a Christian by faith and a great member of the Roman Catholic Church. Pete Edochie is a brother to Rita Edochie, a famous Nollywood actress, and an uncle to the late Muna Obiekwe that has starred in many Nollywood movies before his demise.

Who is Pete Edochie’s child?

Pete is the biological father of the famous Yul Edochie and Linc Edochie in the Nollywood industry.

Pete Edochie married his lovely wife, Josephine, at the age of 22. The details about the wife’s profession are not available. We are keeping a tab, and we shall update these details once they are available.

Edochie is blessed with six children, five boys, and one girl. He is the father of the renowned Yul Edochie and Linc Edochie, who also acts in Nollywood movies alongside their father.

Is Pete Edochie Dead or alive?

Edochies is still alive and in good health. There is no information linking on his sickness, life threats, or death claims.

Where does Pete Edochie live?

Pete lives in Enugu State in Nigeria. His actual house address and pictures will be updated once they are available.

Where is Pete Edochie now?

Edoche is currently acting in Nollywood movies. He has not resigned from his acting career.

Pete Edochie is married to a beautiful woman called Josephine Edochie. They have been married for over 50 years and have six children with only a girl. The famous amongst the children is Yul Edochie who is also an actor and politician.